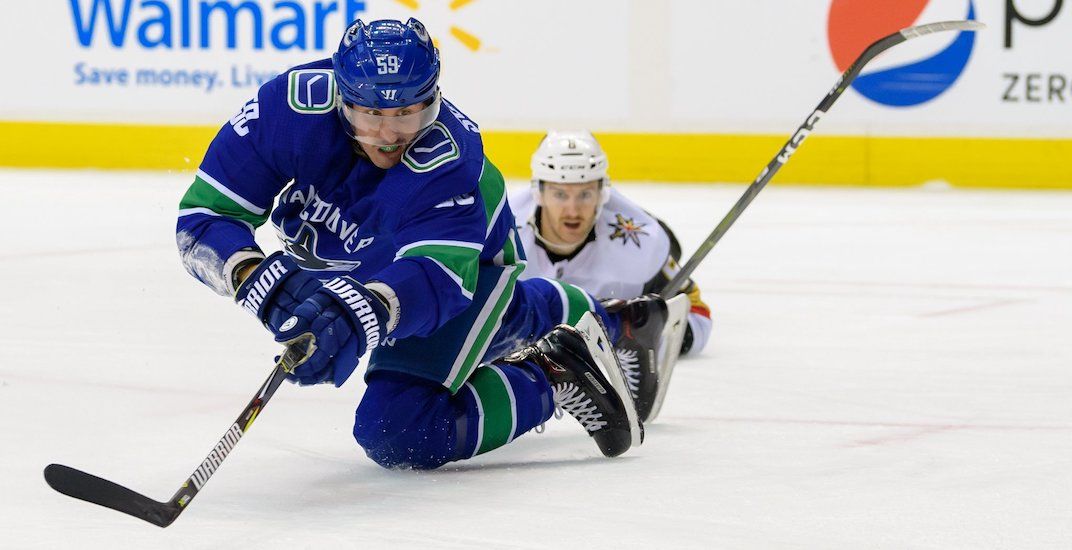 After a surprising start, the Vancouver Canucks can’t buy a win these days.

Injuries halted their early-season winning ways, but the team is nearly back to full health. Brandon Sutter and Sven Baertschi are the only two players still missing from the Canucks’ lineup, and yet the team has just one win in their last 13 games.

Travis Green, and the city of Vancouver for that matter, have remained remarkably even-keeled throughout the streak. The coach sees a team that’s doing a lot of things right on most nights but isn’t getting the breaks, losing each of the last four games by one goal.

Fans have remained calm too. Whether it’s because they’ve grown accustomed to losing or are calmed by the play of Elias Pettersson, it’s not panic time in Vancouver.

Still, the Canucks desperately want to end this streak of futility because it’s getting embarrassing, even by their standards.

Their problems start with the penalty kill, which has been a hot mess since November 1st. The Canucks have the worst PK in the league since that time, operating at just a 66.7% success rate. For comparison, the worst penalty kill in the league last year was 73.2%.

Vancouver has given up 19 power play goals against in 14 games during that time, four more than anyone else in the league. Their penalty kill allowed at least one goal against in 12 of their last 14.

It’s hard to win that way.

On Tuesday against Minnesota, the power play was the difference. The Wild went three-for-three with the man advantage, winning the game 3-2.

Vancouver’s PK problems first stemmed from injuries to key players, notably Alex Edler, Chris Tanev, Jay Beagle, and Sutter. But it’s still a black mark on management, who tried to address this issue in the summer when they signed Beagle, Antoine Roussel, and Tim Schaller in free agency.

It’s also a bad look for the coaching staff.

You don’t need god-given talent to excel on the penalty kill. Since November 1st, the teams that have given up the fewest goals against when their opponents have the man advantage are low budget teams in Arizona (5 goals against) and Carolina (4).

Quickness, anticipation, and cohesion are vital to any good penalty kill and it’s clear the Canucks are lacking in all of those areas right now.

The sign of a poorly organized penalty kill is one that allow teams to pass pucks through the middle of the ice. The Canucks give that up with regularity.

Just look at the lack of organization on the winning goal in their last game against the Wild:

Vancouver’s forwards and defencemen are spread out way too far. Not only does Markus Granlund end up allowing an easy pass through the middle of the ice, but Ben Hutton is left checking nobody.

Perhaps their personnel choices have been wrong.

No Canucks forward has played more minutes shorthanded since November 1st than Granlund. Safe to say, it hasn’t gone well for him.

Michael Del Zotto is second among Canucks defencemen in PK time during that timeframe. He’s a healthy scratch tonight.

Despite his size, the numbers support Troy Stecher playing on the PK.

Loui Eriksson doesn’t put up points, but he’s a proven penalty killer. He hasn’t been used on the PK much lately – perhaps it’s time to give him a look.

At this point, there are no bad ideas, except keeping the status quo.