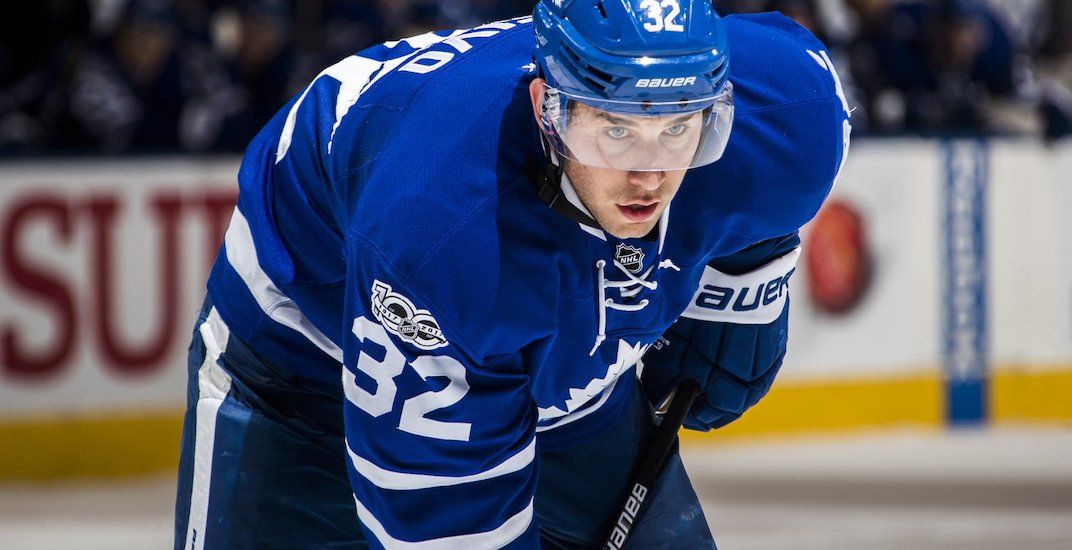 Adam Laskaris usually covers the Toronto Maple Leafs as a contributor to Daily Hive Toronto. Today, he’s telling us about the newest member of the Vancouver Canucks.

The Vancouver Canucks made a low risk gamble on Monday, sending minor league forward Michael Carcone to the Toronto Maple Leafs for 25-year-old winger Josh Leivo. Leivo, who will wear No. 17 with his new team, will jump into the Canucks’ lineup right away against the Minnesota Wild tonight.

Drafted in the third round of the 2011 draft, Leivo first cracked the Leafs’ roster in the 2013-14 season. He spent seven games with the team in October, before returning back to the AHL’s Toronto Marlies. Little did Leivo know that would foreshadow basically the rest of his career in Toronto.

The Innisfil, Ontario native hasn’t been an AHL regular since the 2015-16 season, but he wasn’t exactly an NHL regular either.

An up and down career

While Leivo’s career statline is about what you’d expect from a middle-to-bottom six forward: 14 goals and 14 assists in 84 games, it’s spread out over six seasons. For most of the 2016-17 and 17-18 season he spent his time called up with the NHL roster, but only really found himself finding ice time in the case of an injury elsewhere in the forward corps.

Many assumed he’d be left unprotected for the expansion draft last year, but the Leafs opted to keep him over future Canuck Brendan Leipsic, who got claimed instead.

Struggling to find regular ice time, Leivo first requested a trade last season, which he spoke about publicly. He clearly fell out of the Leafs’ long-term plans, failing to crack the playoff roster in either season. However, the last few seasons of Leivo’s career were often simply a case of being stuck behind a talented forward group rather than a failure to compete at the NHL level.

This season, he suited up in all 27 Leafs games prior to being traded, picking up four goals and two assists amongst a rotating cast of characters on the Leafs’ fourth line. It isn’t too much of a stretch to think the Leafs had been quietly shopping Leivo in the days coming up to the Nylander return, to a roster where he should be able to receive regular ice time.

Leivo featured regularly on the Leafs’ second power play unit over the last few seasons, although he picked up just four goals and three assists with the man advantage. He’d often be seen floating around on the left half-wall, evidenced by this goal, his final as a Leaf.

At even strength, Leivo tended to be a relatively decent play-driver, posting a 51.5 possession rate (Corsi-for percentage) at five-on-five over his six seasons. He wouldn’t often be seen carrying the puck in transition, but had a strong enough skillset to play back and forth on an odd-man rush as he did in the following goal.

He wasn’t used on the penalty kill. Leivo likely won’t blow you away with his offensive capabilities, but he’s a stable enough winger option to slot wherever you’d like him in the lineup.

Leivo’s on the last year of a one-year contract extension at a cap hit of $925,000, after which he’ll become a restricted free agent. He likely never will receive a big NHL payday, but if he finds his way into the future plans of the rebuilding Canucks, well, he’s got the rest of the season to prove himself.