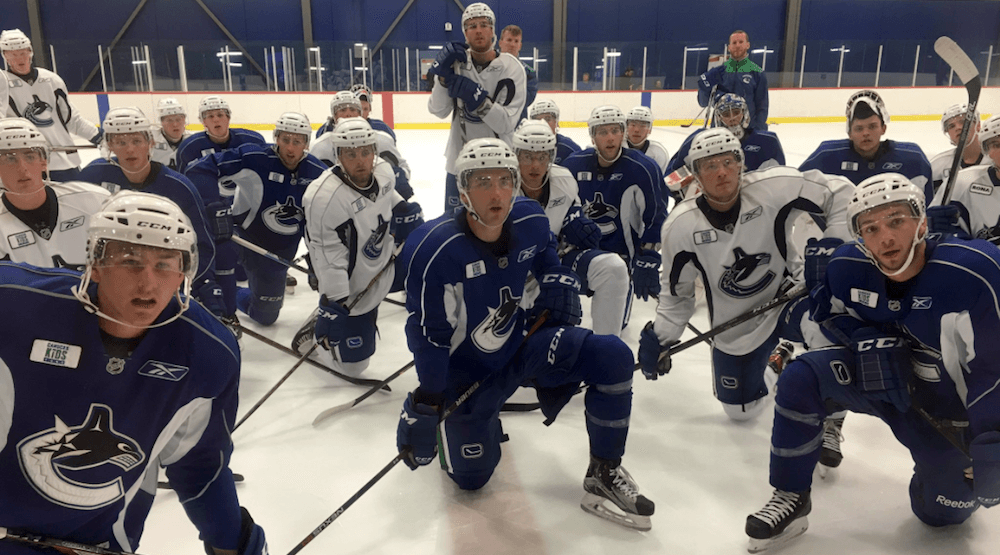 Be careful, or you could be on the next bus to Kalamazoo.

It just sounds right, doesn’t it?

President of hockey operations Trevor Linden announced on Wednesday that the Canucks have entered into a one-year ECHL affiliate agreement with the Kalamazoo Wings.

“We are pleased to announce a new partnership with the Kalamazoo Wings,” Linden said. “Aligned with our AHL affiliation in Utica, this relationship benefits the growth and development of our players. We look forward to renewing our connection with Kalamazoo again.”

Vancouver was previously affiliated with the Alaska Aces, who played home games in Anchorage, last season.

Travel demands were likely one of the reasons for the Canucks changing ECHL partners. The Aces had the most ridiculous travel schedule of any team in North America, given their closest rival was in Boise, Idaho.

Closest team to Alaska in the ECHL is team from Boise, Idaho. That's a 5-hour flight! pic.twitter.com/dDb7h1qUaP

Even a flight from Anchorage to Vancouver – three hours and 20 minutes according to Google Maps – is no walk in the park.

Travel times are important for an organization, not only because of wear and tear on their athletes, but also for calling up players on short notice. The Canucks call up players from the AHL, but also can call up ECHL players if AHL players are unavailable. It’s the reason why goaltender Michael Garteig was called up from the Aces to back up Jacob Markstrom last November.

The Canucks were also forced to bring in a goaltender from UBC last year because their AHL and ECHL goaltenders couldn’t make it to Vancouver in time.

Kalamazoo, located in southwestern Michigan, is much closer to other teams in the ECHL. It’s only a nine-hour drive to Utica, New York where the Canucks’ AHL affiliate is situated, so this will help the Comets too. It’s also just a two-and-a-half-hour drive to Chicago, enabling direct flights across North America, including a four-hour flight to Vancouver.

“We’re thrilled to be working with the Vancouver Canucks and Utica Comets organization once again,” said Nick Bootland, head coach and director of hockey operations, Kalamazoo Wings. “There’s a solid foundation in place already with the clubs, and the future is certainly bright. We’re very excited to get to work with some of their talented prospects and help them develop on their way to successful AHL and NHL careers.”

“On behalf of the entire Comets staff, I can say we’re very enthusiastic to continue to build our relationship with the Kalamazoo Wings,” said Comets president Robert Esche. “It has been a pleasure to work with head coach Nick Bootland in the past and we will continue to work together to build a cohesive path from the ECHL to the AHL and to the NHL in Vancouver.”