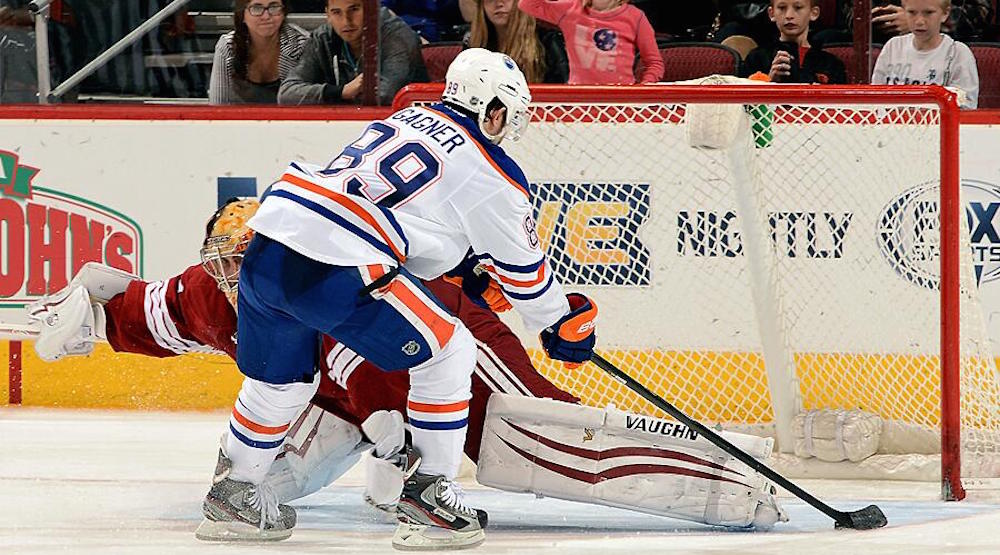 The Vancouver Canucks want to make their power play struggles a thing of the past. One player who could help them achieve that goal is new free-agent signing Sam Gagner.

In 2016-17, the Canucks ranked 29th in the league in power play percentage, capitalizing on just 14.1% of their chances. With very few exceptions, the team was visibly bad, making stale and uncreative plays. Endless passing sequences along the blue line, up the boards and back, never getting anywhere near a scoring chance, were what fans were subjected to on most nights.

Of course, that is partly due to coaching – the Canucks often looked like a team without a plan. Perhaps new head coach Travis Green has some ideas up his sleeve.

But a new strategy alone won’t be enough to fix their power play woes if the team doesn’t have the personnel to execute it.

Though most fans may have had an offensive defenceman in mind to improve the Canucks’ power play, Gagner might just be the perfect signing. A smart forward with the perfect toolkit to be an impact player on the man advantage, he has proven his ability to be a consistent offensive contributor during his 696-game career.

Gagner – who signed a three-year, $9.45 million contract with the Canucks on July 1 – is a player who can not only thrive in the right system, but he can also fill multiple roles on the power play and boost the Canucks’ group with individual skill and smarts.

With the Columbus Blue Jackets, Gagner was mostly used as the slot player in a 1-3-1 power play setup. It is safe to say that this is the most under-appreciated position, despite its extreme importance. The ‘quarterback’ at the blue line and the Alex Ovechkins and Patrik Laines at the circles get all the praise, but players like Gagner can actually have a high impact on power play success.

In most cases, the slot player faces the puck carrier, with all other teammates in his back or beside him. Yet, Gagner always knows his options and has the vision to find his linemates with accurate passes.

Thanks to that ability, Gagner is known to create dangerous scoring chances. Gagner recorded nine power play assists last season, more than any Canucks player with the exception of Henrik Sedin, who had 13.

Gagner is not an elite player, but when he gets the puck in the offensive zone on the power play, he knows what to do with it. And he is not limited to playmaking.

In the 2016-17 campaign, Gagner scored six power play goals for Columbus. In Vancouver, that would have been good for first – tied with Daniel Sedin.

It’s impossible to take Gagner’s stats from last season and claim he will put up the same numbers with the Canucks. However, knowing that no Canuck scored at his pace of 4.62 points per 60 minutes on the man advantage, it’s safe to say he will provide an upgrade.

Depending on the Canucks’ system, formation, and needs, he could fill the same role he had in Columbus. It remains to be seen how the Canucks will line up next season under a new coaching staff, but he could also get a chance as the point man or a sniper from the circle.

Last season, the Canucks often played an overload system rather than the common 1-3-1 umbrella setup – with limited success. Adding a 1-3-1 specialist in Gagner gives Vancouver the option to change that up. Having him as the slot man on the Canucks’ first unit – Brandon Sutter’s spot for most of last year – with Henrik Sedin behind the net and Daniel at the right boards, could lead to deadly passing plays.

Gagner, as a right-shot, could also be set up for one-timers from the left side, either on the point or down low.

While he can’t improve everything all by himself, Gagner will play an important role, giving the Canucks a new element to give their existing group a boost.