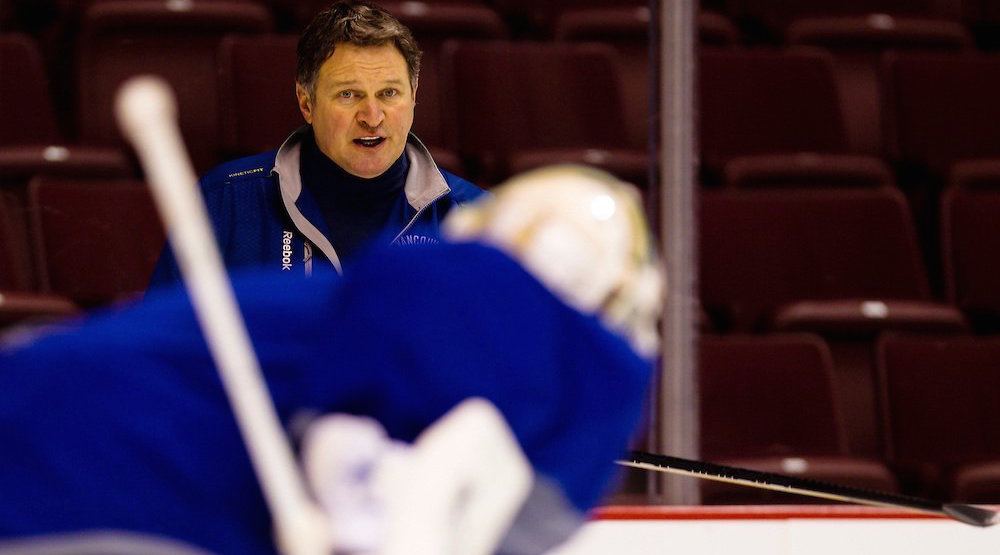 Rollie the goalie coach is leaving the Canucks organization.

“I want to thank Trevor Linden and the Vancouver Canucks organization for allowing Rollie to join the New Jersey Devils,” said Shero. “Rollie is well-respected throughout the league as a teacher and his experience with various goaltenders will be very beneficial. Additionally, I have enjoyed working with Chris the past two years and I am very happy that he will remain with the organization. His knowledge and passion will help us continue to grow as a team.”

Melanson was hired on to be Vancouver’s full-time goaltending coach in 2010. Before last season the native of Moncton, New Brunswick left his full-time role in Vancouver to be closer to his family, serving as in a player development role, working primarily with goalie prospects in Utica, junior, and college.

The move to New Jersey makes sense for Melanson, who worked with Devils goaltender Cory Schneider during his first three NHL seasons. Schneider is coming off the worst statistical season of his career, posting a .908 save percentage in 60 games.

Melanson brought a playing style change to the Canucks crease upon his arrival to Vancouver, encouraging goaltenders to play deeper in their net. It’s a style that seemed to work well initially, as Roberto Luongo was named a finalist for the Vezina Trophy in 2011. The Luongo-Schneider tandem also won the Jennings Trophy the same season.

Melanson has also been credited with helping Eddie Lack and Jacob Markstrom.

Canucks goaltenders will continue to be coached by Dan Cloutier, who has been the team’s top goalie coach for one season.