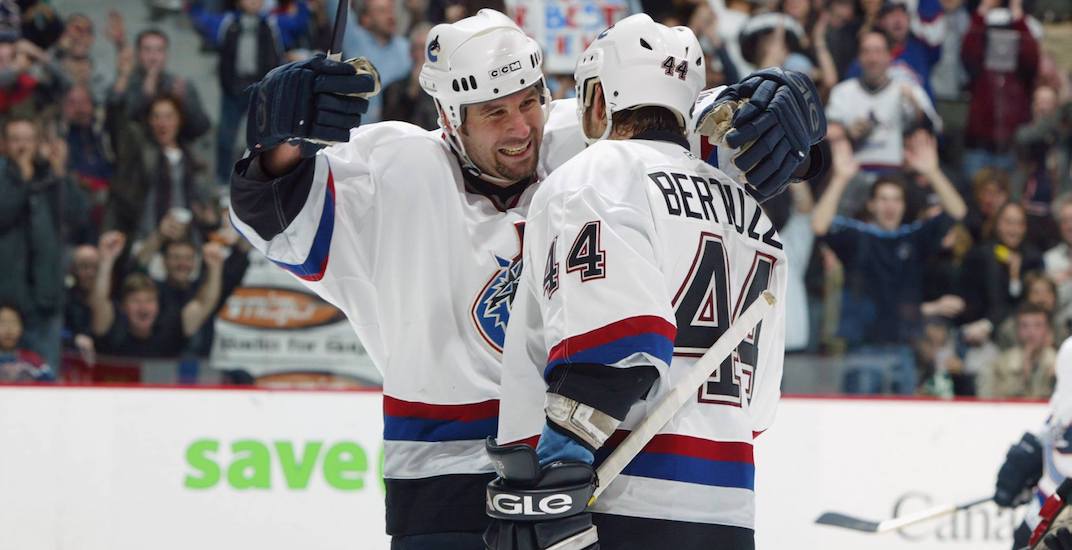 Friday is 2000s Night at Rogers Arena, as the Vancouver Canucks continue to celebrate their history during their 50th anniversary season.

The Canucks will bust out their navy blue orca jerseys for the occasion during warmup and are welcoming back “legendary 2000s Canucks alumni” during a special pre-game ceremony. The team is urging fans to be in their seats by 6:45 pm.

The Canucks are keeping the names of their special guests a surprise, though a team spokesman tells Daily Hive that three former players will take to the ice.

It’ll be interesting to see who returns. Markus Naslund and Todd Bertuzzi are the biggest names from that era, but both of those players have already been celebrated at Rogers Arena this season.

But their old linemate Brendan Morrison hasn’t been celebrated yet — and I’m choosing to read into the fact that the Pitt Meadows native is featured on the 2000s Night news release on Canucks.com.

As for who the others will be? Well, that’s less certain.

Prominent names from that era include Ed Jovanovski, Sami Salo, and Dan Cloutier. Mattias Ohlund, Trevor Linden, and the Sedins were key members of those teams as well, though they’ve already been back to Rogers Arena this season.

Maybe Brent Sopel will be back? How about Matt Cooke?

Regardless, the Canucks have a number of fun things planned for the evening, in what is a vitally important game concerning their playoff hopes, against the Colorado Avalanche.

Canucks alumni from the 2000s will be signing autographs beginning at 5:30 pm on the Toyota Plaza outside Rogers Arena. Meanwhile, Lady Gaga tribute singer Dani Vidot will be on hand to entertain the crowd during the pre-game show starting at 6:45 pm.