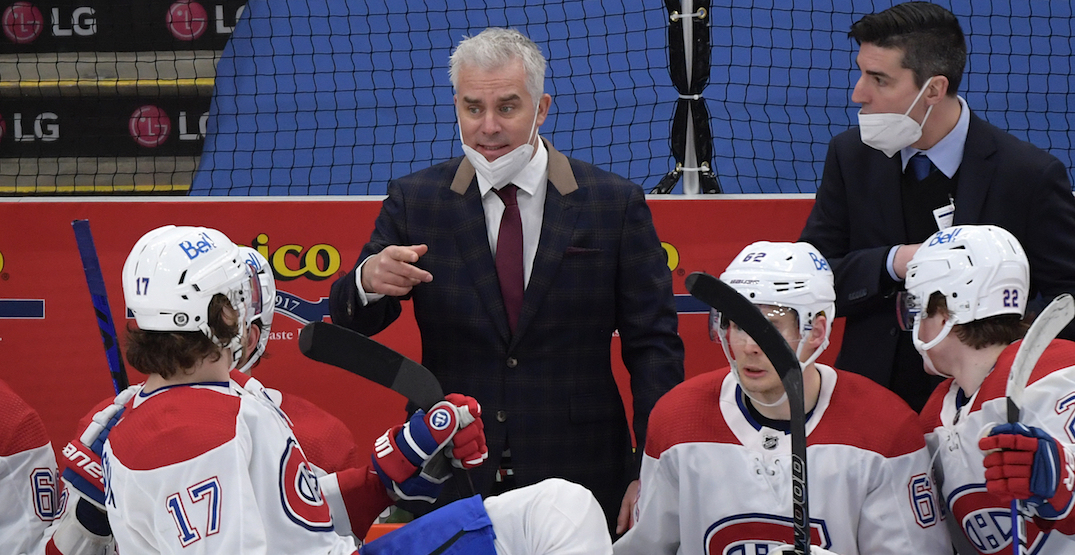 Montreal Canadiens head coach Dominique Ducharme has tested positive for COVID-19, the NHL has confirmed in a statement today.

“This morning, we became aware that a test administered yesterday in Las Vegas on Montreal Canadiens head coach Dominique Ducharme indicated a presumptive positive result for the COVID-19 virus that was confirmed on further testing today,” the NHL announced.

Ducharme began self-isolating this morning after his daily COVID-19 test showed “irregularities.” Canadiens GM Marc Bergevin said in a media conference that Ducharme is feeling fine, and isn’t sure how long he’ll be away from the team.

Ducharme has received two shots of vaccine, but is only considered partially vaccinated, given that his second shot was administered less than two weeks ago, on June 9.

Assistant coach Luke Richardson, who has experience running a bench with the Binghamton Senators in the AHL for four years, will fill in as head coach. Richardson will be helped by assistants Alex Burrows and Sean Burke. Ducharme has spoken to the coaches to prepare a game plan, Bergevin said.

After two games in Las Vegas, the series between the Canadiens and Golden Knights shifts to Montreal for Game 3 tonight (8 pm ET/5 pm PT on Sportsnet).

The good news is that all other tests administered to players, other coaches, and hockey staff have produced negative results over the past two days.

“The Canadiens organization has, and will continue to follow, all guidelines aimed at protecting the health and safety of its players, staff and community at large as set by the NHL, the Canadian Federal Government, the Quebec Provincial Government, and national and provincial health agencies,” the NHL added.