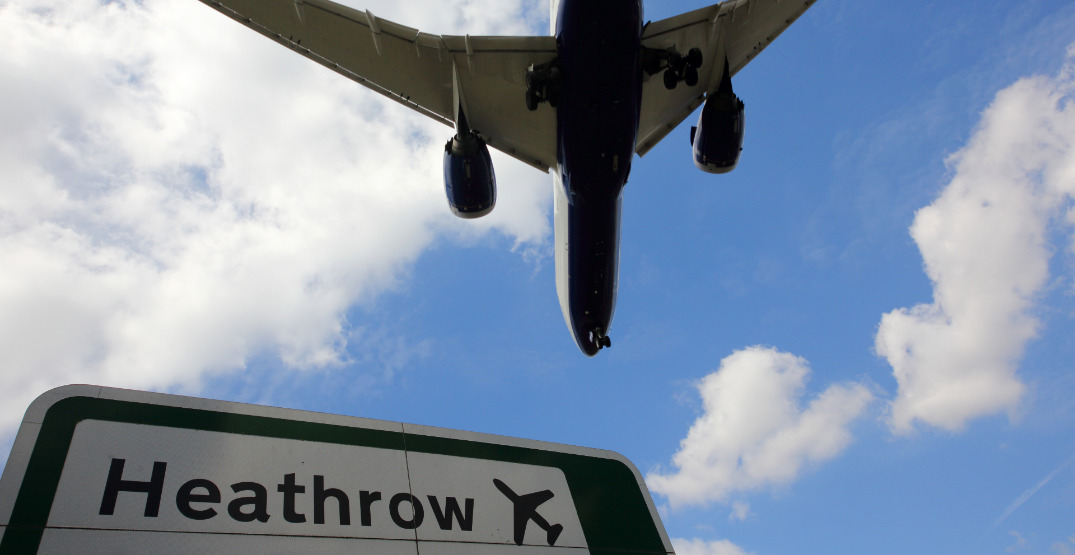 After more than two years of lockdowns, travel advisories, and border closures, Canadians are once again taking to the sky.

The United Kingdom was the most popular destination for Canadians, having experienced a 1,832% increase in travel insurance quotes in Q1 2022 compared to the same time in 2021.

The second-most sought-after vacation spot was Portugal, followed by France. Though it came fourth, Italy saw the most drastic increase in interest year-over-year, at 2,933%. Spain rounded out the top five, followed by Germany, Ireland, Greece, Turkey, and Switzerland. 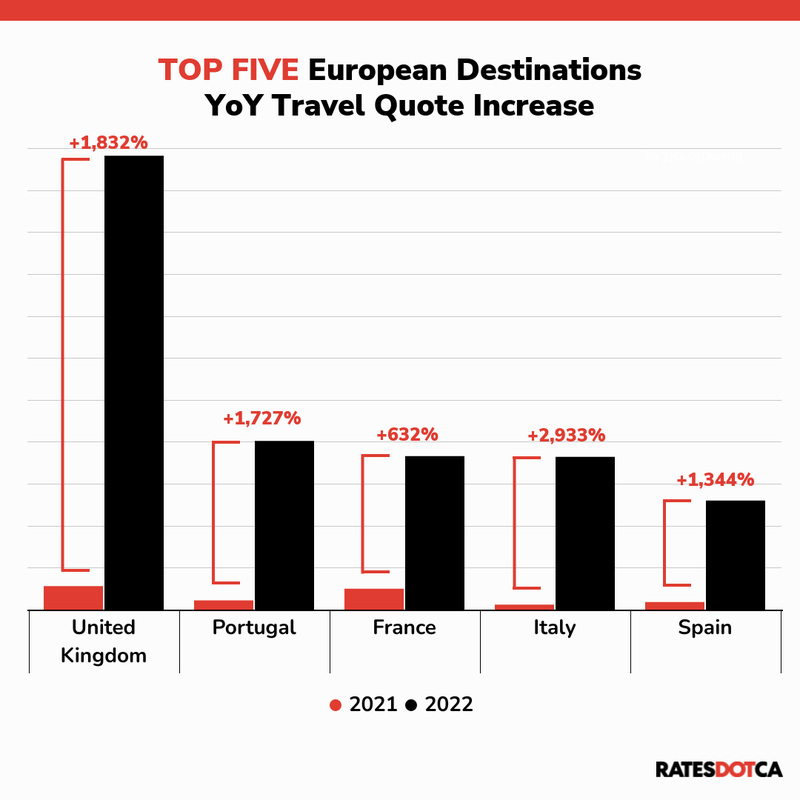 A number of European countries dropped travel restrictions for non-EU citizens in March, which could explain Canadians’ renewed interest in trans-Atlantic travel. Pent-up pandemic savings and flight deals may be making trips more attractive, too.

“Some places have suffered based on the lack of tourism over the last two years,” said Tanisha Kishan, a RATESDOTCA expert, and chartered insurance professional. “As things open back up, you’ll find a lot of travel deals.”

All age groups, from the Silent Generation to Gen Z, are more interested in travelling than they were a year ago. The latter led with a 1,608% increase, while Millennials’ 702% uptick made them the generation least likely to book a trip.

It’s not just intent that has risen over the last year. According to the Canadian Air Transport Security Authority (CATSA), nearly 122,000 people passed through the country’s eight largest airports on May 15, 2022. Just 13,202 travellers did the same on May 15, 2021.

The spike “indicates the beginning of a recovery” for the pandemic-ravaged travel industry, RATESDOTCA noted.