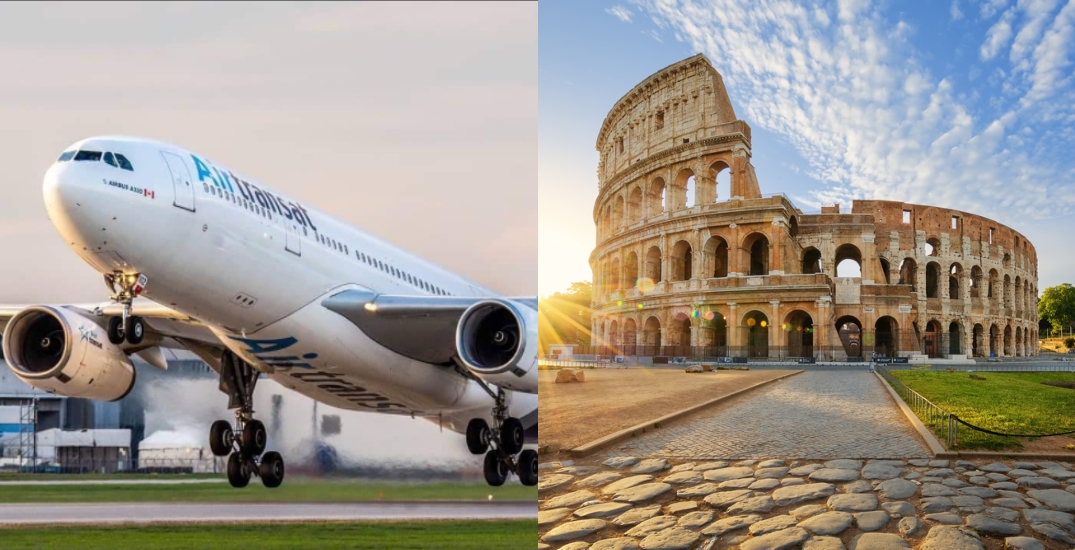 To err is human, but honouring $178 flights from Toronto to Rome would be truly divine.

What may or may not have been a case of mistake airfares for Montreal-based airline Air Transat had people scrambling to book the roundtrip flights after the blink-and-you’ll-miss-it deal was posted on YYZ Deals on Tuesday, April 26.

One-way tickets ranged from $92 to $87 with departure and return dates available from May 2 to 27 and, according to Twitter comments, it was a wild time.

Lol, @YYZdeals crashed after sending out an email about $178 roundtrip Air Transat flights from Toronto to Rome in May.

“We are honouring these bookings,” an Air Transat representative told Daily Hive.

People who were lucky enough to score tickets were clearly overjoyed.

That’s my best work yet. Shout out to @NextDepartureCA for putting me on!!!!

Send your Rome recos please!!! I leave in 3 weeks ✈️🇮🇹

“It was wild,” said Megan McPhaden, who was able to book two tickets for herself and her boyfriend for a grand total of $357.

“I saw that it had been posted seven minutes ago and I know with these things you’ve got to move,” she recalled. “So I ran to the garage, called my boyfriend and said, ‘Quick, we have to see if we can get this.’ Between the two of us, we had a window open on two phones and a computer.”

It was a stressful five minutes, according to McPhaden, with return flights getting snapped up in seconds, but it was worth it.

Although the rates were advertised on Air Transat’s site as a deal, McPhaden thinks it could have been an error.

She said they plan to visit Venice, Naples, and Pompeii.

“If we have time we’ll try to pop over to Malta,” she added.

Did you score tickets? Let us know in the comments.