Alarm bells are apparently going off for many Canadians across the country, as a study from the Angus Reid Institute found that the majority consider the lack of a new oil pipeline to be a “crisis.”

Since the Federal Court of Appeal made the decision to indefinitely stall construction of the Trans Mountain Pipeline back in August, pressure has been building for Canada to find a way to get excess oil to market.

Alberta Premier Rachel Notley even called for a slowdown of oil production, as her province was reaching full capacity for storing excess oil, and had been producing 190,000 barrels a day more than was capable of being shipped.

Notley also put a plan in motion to increase the amount of oil being transported by rail, though even once additional cars are brought in and operational by 2020 they will still only be able to move a portion of that excess production.

The Angus Reid Institute administered an online survey to 4,042 Canadians between December 21 and January 3 and found that the oil and gas industry was at the top of the majority’s list of what Canada should be prioritizing. 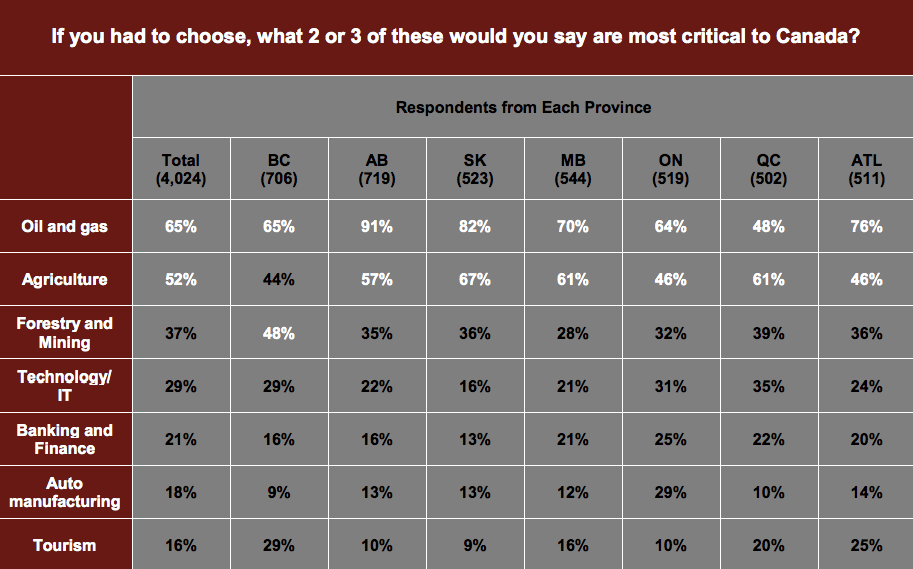 65% of respondents pegged oil and gas as one of their two most critical industries in Canada, and that number shot up to 91% when looking at just Alberta.

It comes as no surprise, then, that Alberta was also the province that was most on board with calling the lack of new oil pipeline capacity a crisis.

Alberta was followed closely by Saskatchewan with 74% of respondents considering it a crisis as well.

The majority of respondents from BC actually agreed with the (much larger) majority from Alberta, and it was Quebec’s respondents who were the least likely to call it a crisis, with 60% stated that “no, it was not.” 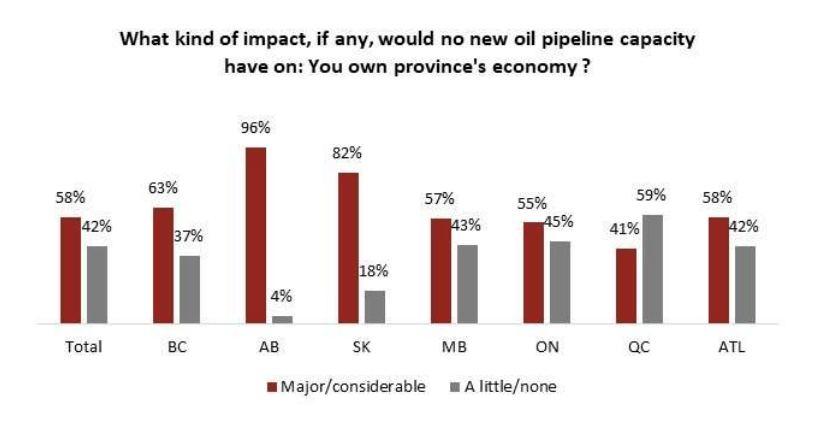 The provinces appear split along roughly the same lines when asked about what kind of an impact no new pipeline would have on their province, though this time both BC and Alberta’s percentages jump up to 63% and 96%, respectively.

Serious concerns around the uncertainty of the Trans Mountain Pipeline’s future caused Kinder Morgan to abandon the project last spring, with the Federal Government purchasing the project from the company for $4.5 billion.

That decision wasn’t quite enough for half of the Angus Reid respondents, however, as an even 50% stated that the feds are doing too little to get new pipeline capacity in place. 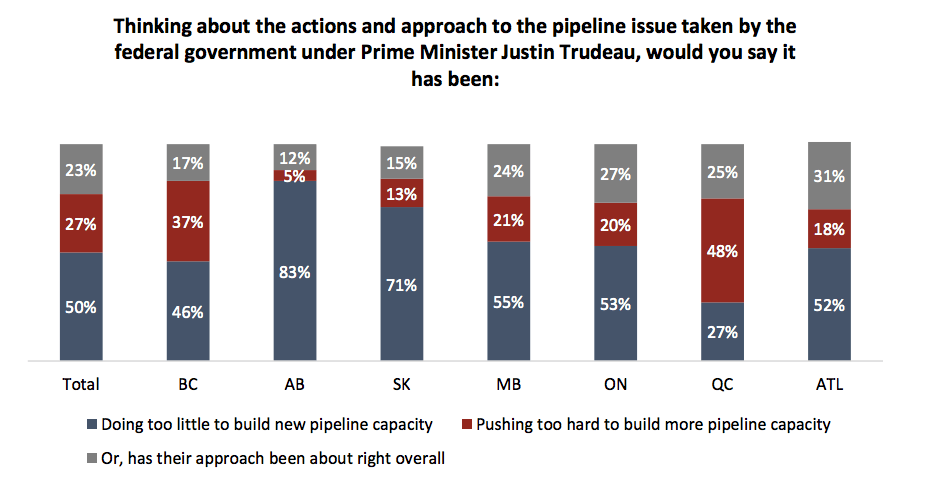 Taking a step away from the provincial comparisons shows another divide among generations.

According to the study, 67% of respondents 55 years of age or older considered the lack of new pipeline capacity to be a crisis, while only 46% of 18 to 34-year-olds thought similarily.

A nearly identical spread along the age ranges was seen when asked if they thought that the federal government had been doing too little and if they supported the creation of Energy East and Trans Mountain Pipelines.

And, of course, an even more severe divide was found when looking at political perspectives, with Conservative voters being overwhelmingly on the side of “it is a crisis” and “the federal government is doing too little.”

Liberal voters were the most likely to think that the Federal Government’s approach “has been just right” though fell in between Conservative and NDP voters when determining if the country actually had a crisis on its hands.