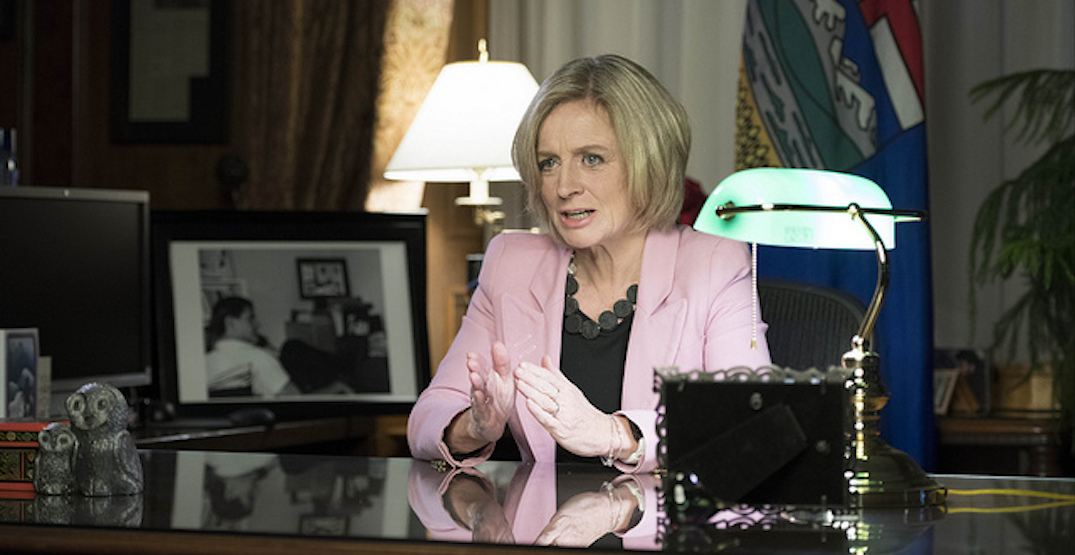 With the Trans Mountain Pipeline halted, increased train car capacity not coming until 2019, and the price of Alberta oil more $36 per barrel less than that of the West Texas Intermediate (WTI), Alberta Premier Rachel Notley has called for the province to slow down its oil rigs.

On the evening of Sunday, December 2, Notley announced that Alberta would be reducing its production of raw crude oil and bitumen by 325,000 barrels a day as of January 1.

The decision was spurred by both the province reaching near capacity in excess oil — Alberta currently produces 190,000 barrels a day more than is capable of being shipped — and in the hopes that the decreased production would increase the value of Western Canada Select Oil (WCS).

WCS currently sits at around $17 per barrel, according to the OilPrice.com, which is $36 per barrel less than the WTI, sitting at roughly $53 per barrel.

In a release from the Government of Alberta, Notley stated that the hope is to reduce this difference in price by reducing volatility and curtailing the amount of oil being produced. Alberta expects that the differential will be narrowed by $4 per barrel.

“Every Albertan owns the energy resources in the ground, and we have a duty to defend those resources. But right now, they’re being sold for pennies on the dollar. We must act immediately, and we must do it together,” Notley said in the release.

“I can’t promise the coming weeks and months will be easy, but I can promise we will never back down in our fight to protect jobs and the resources owned by all Albertans. I will never stop fighting for Alberta.”

The reduction of 325,000 barrels a day will be in place until excess storage is drawn, the release states, and will then drop to roughly 95,000 barrels a day less than current production levels. The decrease will continue until December 31, 2019.

To protect smaller oil companies, a 10,000 barrel per day exemption will be enacted alongside the January 1 reduction, and the overall amount that Alberta will be slowing its oil production will be reviewed on a monthly basis moving forward.

With the Trans Mountain Pipeline project being stalled indefinitely by the Federal Court of Appeal late last summer, Alberta has been looking at other options to bring up the value of its oil.

In a recent announcement on Thursday, November 28, Notley stated that her province would be making an investment in train cars in order to move 120,000 more barrels of oil a day, though the new cars will not be operational until late 2019.

The new train cars are also expected to narrow the oil price differential by $4 per barrel, according to the Government of Alberta.