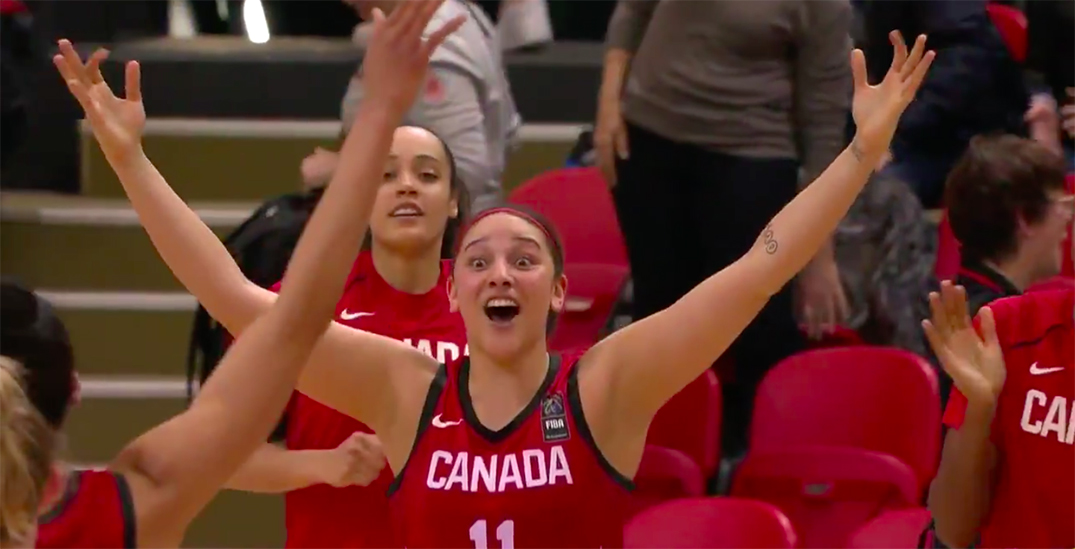 Canadians will officially be able to watch their women’s basketball team compete in the 2020 Tokyo Olympics.

Canada’s women’s team qualified for an Olympic spot after beating Sweden’s team 80-50 at a tournament in Ostend, Belgium on Saturday, according to the International Basketball Federation.

A buzzer-beater from Canadian Kayla Alexander gave the team a six point cushion after a tough first half. From there, Canada’s team kept up the momentum for a solid victory.

“I think the energy we came at it with in the second half really set us apart,” player Natalie Achonwa from Ontario said at a post-game press conference.

Achonwa scored on eight of nine shooting efforts to win 16 points for the team, and also hauled down eight rebounds.

Congratulations to our @NatAchon & @CanBball on clinching a spot in #Tokyo2020 with an 80-50 win over Sweden!

Other teams that secured their ticket to the Olympics on Saturday included China, France, and Nigeria. There are six more women’s basketball Olympic spots left to be decided as the tournament continues Sunday.