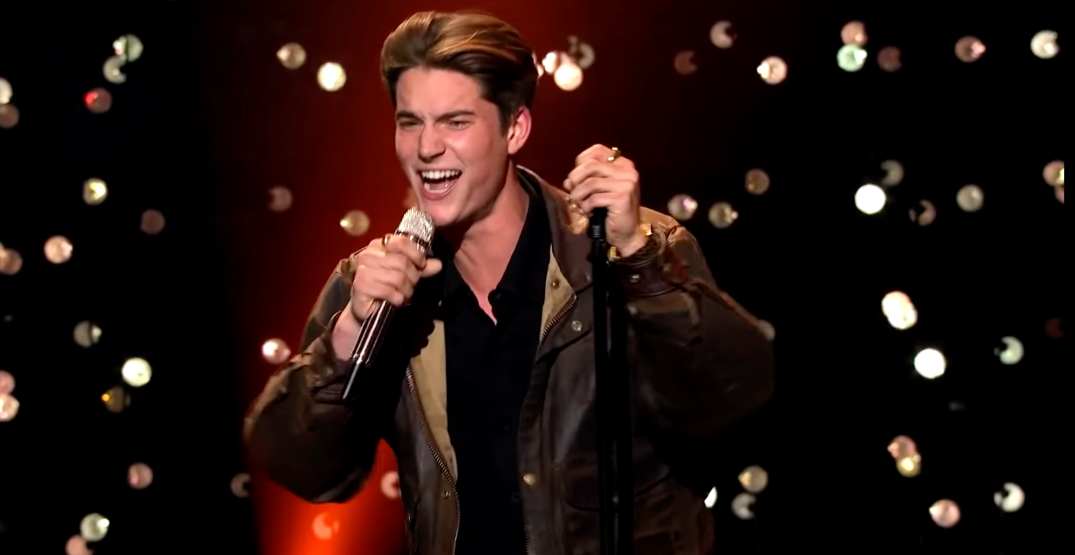 A Kamloops teen competing on American Idol made a big splash with his latest performance.

BC-based Cameron Whitcomb performed a duet with fellow contestant Tristen Gressett in a high-energy rendition of “Have You Ever Seen The Rain” by Creedence Clearwater Revival on Sunday night’s show.

You can watch the full clip to check out their performance:

The pair made the song their own, and Witcomb did his signature backflip to end the set.
The performance was good enough to earn them a spot in the next round, according to judges Katy Perry, Lionel Richie, and Luke Bryan.
Now, Canadians can continue to root for the exuberant BC teen.

The performance wasn’t without its difficulties, though. “Going into this competition, I doubted myself,” said Witcomb in the clip. “I’ve never actually really sung for a crowd.”

“See, I know what a harmony is…it’s just something that hasn’t really clicked to me yet,” he said. “Definitely a challenge.”

I could not be more excited to begin this adventure with y’all. Make sure to keep tuning in to @AmericanIdol on @ABCNetwork to catch me and the rest of the contestants on our journey to Hollywood Week! #AmericanIdol pic.twitter.com/MweGwfBncq

Whitcomb initially won his golden ticket to Hollywood by backflipping into the judges’ hearts.

Before doing his audition, he shared that he’d been working as a mechanic and pipelayer, putting in 12-hour days six days a week.

While it was a “no” from Lionel Richie, Katy Perry said she saw something in the BC teen, so he advanced to Hollywood.

Will Witcomb make it to the final 24? You can find out on the next show, which is set to air on Monday, April 4.