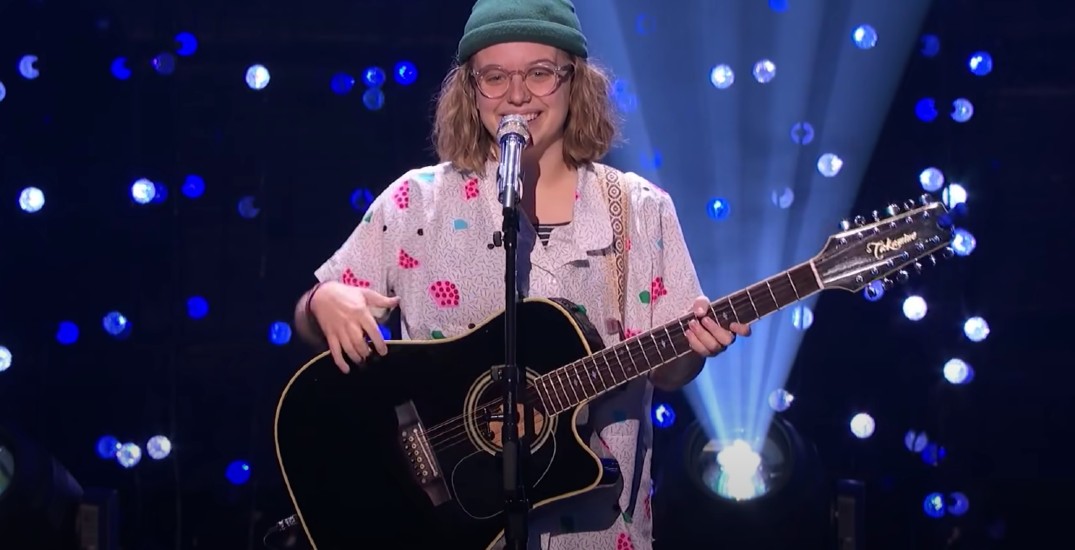 She might call herself “a little weirdo from Normal, Illinois,” but Leah Marlene, 20, is originally from Toronto, and in the recent episode of American Idol, the singer paid tribute to her Canadian roots.

During the most recent episode, she surprised the judges by performing an acoustic version of Avril Lavigne’s 2002 hit “Sk8er Boi.” With her guitar, Marlene added an indie folk spin to the pop-punk song, earning her a standing ovation from the judges and the audience at the Orpheum Theatre in LA.

“It’s kind of fun to jump into somebody else’s song and make it my own, but it’s a weird balance for sure,” said Marlene.

She added, “This week could change my whole freaking life. I want to stick in their brains.”

Marlene had already made an impression on the American Idol judges during her audition when she performed an acoustic version of One Direction’s “Steal My Girl.”

“A lot of times we have to dig people out, get them to find themselves,” said Richie. “You are so comfortable with yourself it is refreshing.”

Marlene must be an Avril Lavigne fan because she recently posted a video of herself on TikTok singing “Complicated.”

Another singer on the show with Canadian ties is Nicolina Bozzo, an 18-year-old university student from Toronto. She wowed everyone in the theatre with a powerful performance of Billie Eilish’s “Everything I Wanted.”

“When I sing I feel like it’s what I’m meant to be doing,” said Bozzo. “After all the struggles I’ve been through I want to show my sisters that dreams come true.”