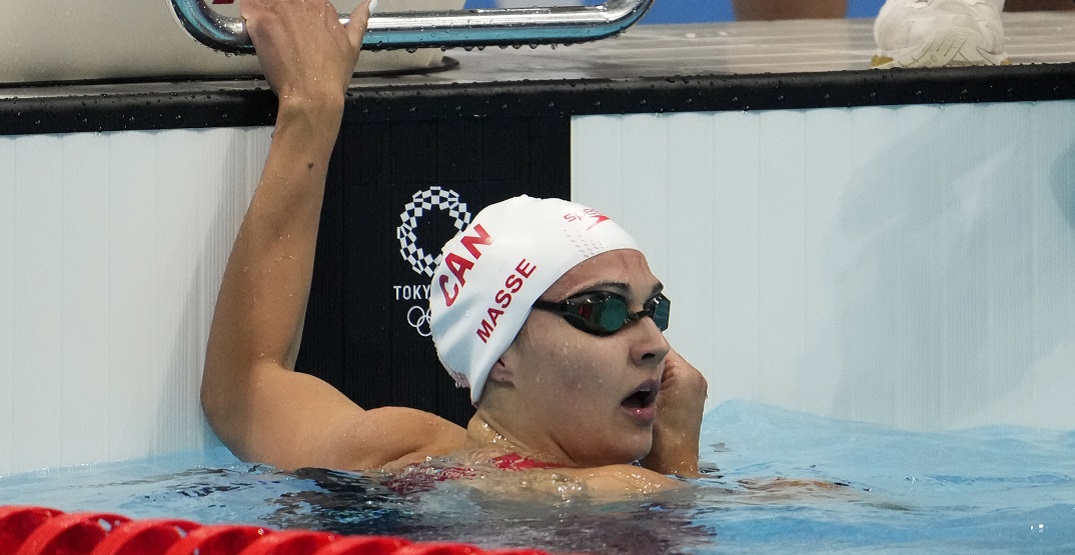 Canadian swimmer Kylie Masse is set to be among the favourites in one of tonight’s marquee events at the Tokyo Olympics.

In the 100m backstroke final, the 25-year-old Canadian swimmer is looking for a medal after an outstanding performance in her heat and semifinal races.

In her first heat on Saturday, Masse broke the Olympic record with a time of 58.17, before one-upping her personal best by going 58.09 and finishing first in her semifinal performance on Sunday.

Though her Olympic record was actually bested three times (twice by American Regan Smith and once by Australian Kaylee McKeown) since setting it in a notoriously fast event, Masse’s semifinal performance should still give Canadians confidence that she’s one of the quickest swimmers in the field.

Though she was first to the wall in her own heat and semifinal, Masse finished third and second, respectively, in her first two races.

As a 20-year-old in Rio, Masse won the bronze medal in the 100m backstroke.

Who else is in the pool besides Kylie Masse tonight?

Canadian swimming stars Penny Oleksiak and Summer McIntosh will also be racing tonight, in separate races during the 200m freestyle semifinals at 9:30 ET/6:30 PT. Meanwhile, Sydney Pickrem will be up for Canada’s 200m individual medley semis at 10:58 ET/7:58 PT.