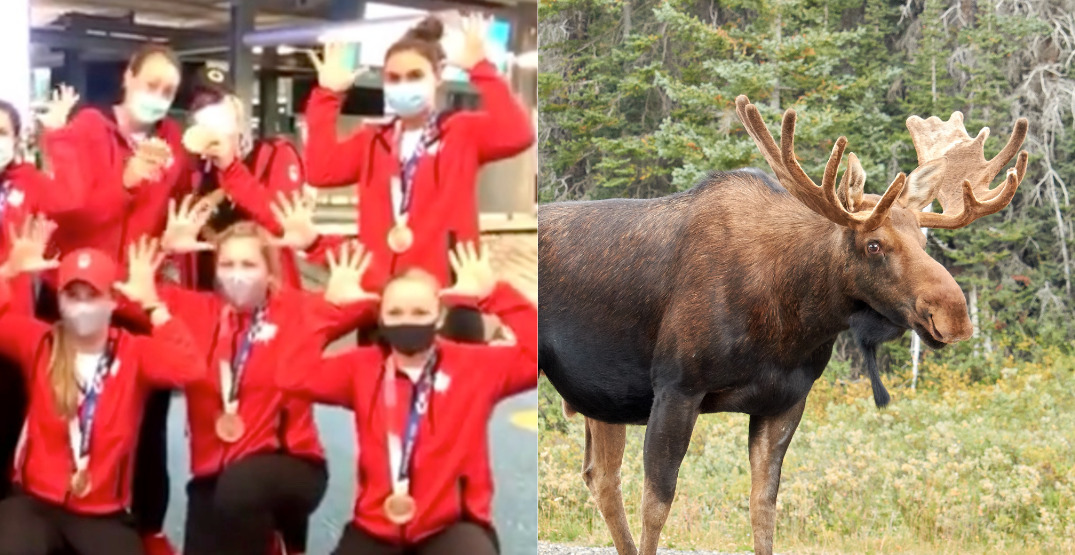 Vancouver International Airport’s social media team is all in on the Tokyo 2020 celebrations, as it honoured Team Canada’s softball team’s return home to Vancouver, BC, after their historic bronze medal victory.

This was the first medal win ever for Canadian softball at the Olympics. The team gathered for a photo in a quirky pose, channelling their inner moose.

For those wondering if moose are even Canadian animals, the answer is yes. Moose are found in all regions of Canada — not so much on Vancouver Island, though.

Back to Team Canada, they beat Mexico 3-2 to claim the first Olympic bronze in team history.

Vancouver is home base for Team Canada’s softball team, so the team was all smiles behind masks and moose ears as they posed for YVR’s social media team.

Team Canada began their journey with a 4-0 win over Mexico, before securing their third-place finish against the same team at Yokohama Baseball Stadium.