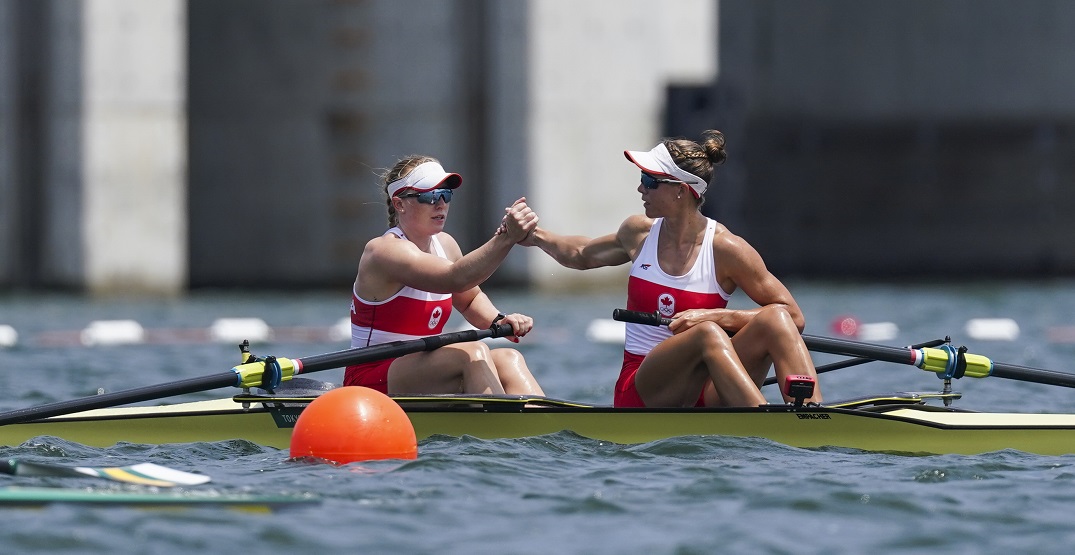 BC athletes have been tearing it up at this year’s Tokyo Summer Olympics.

On Wednesday, rowers Caileigh Filmer and Hillary Janssens won a bronze medal in the women’s coxless pair race. With a time of 6:52.10 over the course of the event, Filmer and Janssens landed on the podium behind teams from New Zealand and the Russian Olympic Committee.

The duo was the third set of British Columbia-based athletes to medal during these Olympics.

Canada’s first medal at this year’s Olympics had a BC connection as swimmer Taylor Ruck, part of Canada’s silver medal-winning 4×100 freestyle relay team, is from Kelowna.

Here they are talking moments after receiving their medals pic.twitter.com/fJtthH6GwS

“It’s been a long extra year, and we’re just really happy we got here,” Janssens said as she fought off tears in a post-race interview on CBC. “Our only goal was to make it hurt, and we did that. It did hurt.”

“We just wanted to go fast,” Filmer said. “We were going to race physically and our last kilometre, it was with heart.”