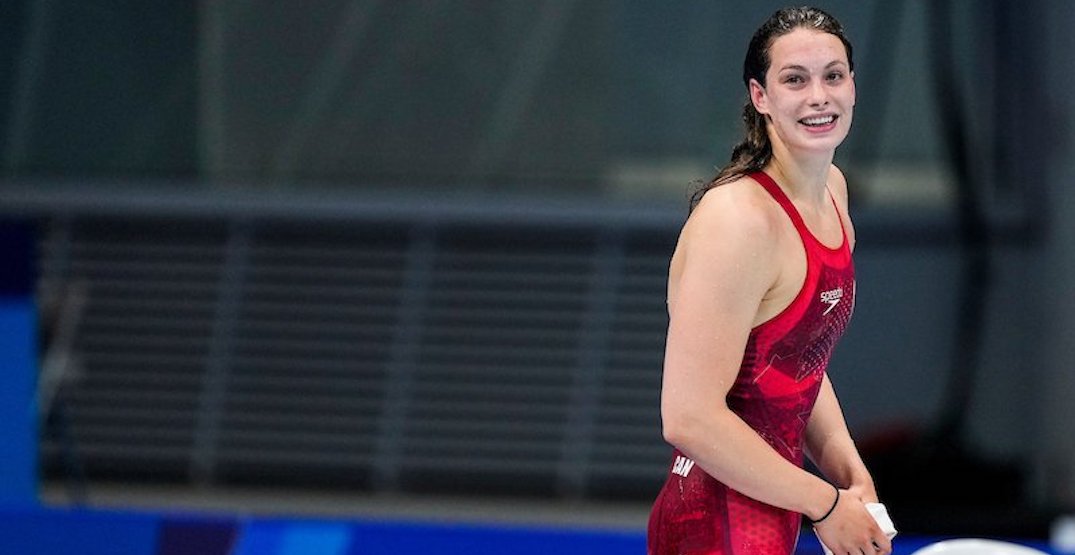 The 21-year-old Toronto swimmer has won her second medal of Tokyo 2020, this time a bronze medal in the women’s 200-metre freestyle. The medal is the sixth of her Olympic career, which is more than any other Canadian has won at a Summer Games.

When including the Winter Olympics, Oleksiak’s medal ties her with Clara Hughes and Cindy Klassen for the all-time Canadian record.

The swimmer from the six makes it six 🥉

Oleksiak was in fourth place after the third turn, but poured it on in the final 50 metres to get a spot on the podium.

“When I touched the wall I was in so much pain, my legs hurt! That was worth every second of pain I just went through,” Oleksiak said in a post-race television interview with CBC.

This is the first individual Olympic medal Oleksiak has won at this distance, and she didn’t even compete in this event at Rio 2016.

When asked how it felt being the most decorated Canadian Olympic athlete ever, the humble Canadian described it as “really weird.”

“I’m not done yet so I hope that there’s more coming.”