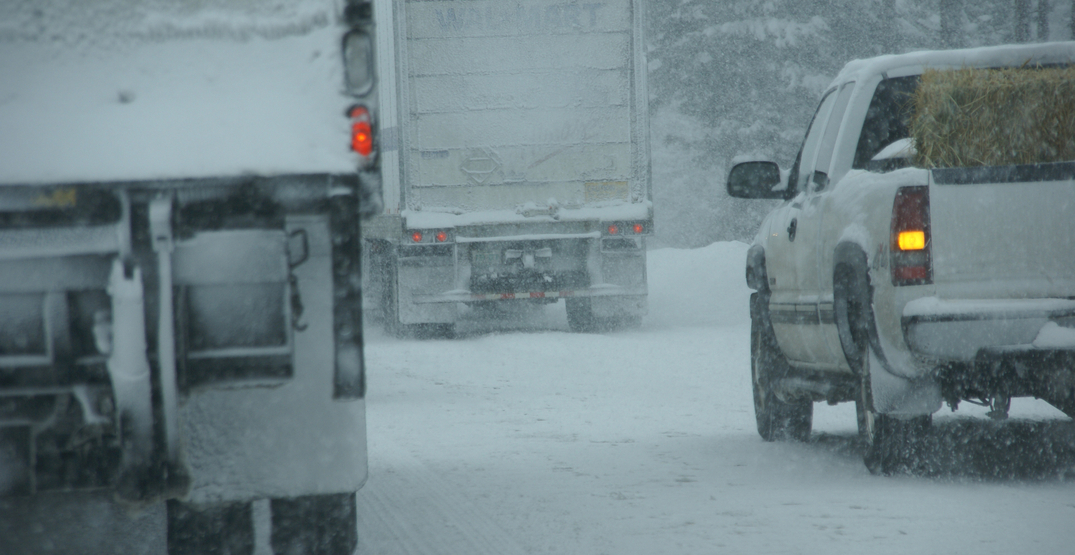 A “Secret Santa” spread some holiday cheer for truckers stranded in a BC snowstorm in the form of free A&W burgers and fries.

Lenore, manager at the Highway 3 A&W in Princeton, BC, told Daily Hive the kindhearted Princeton resident — who wishes to remain anonymous — purchased a $200 gift card and asked staff to apply it at the till for the truckers and travellers who were waiting out the storm in the restaurant’s parking lot.

stuck in princeton, bc until the highway opens but want to give a HUGE shoutout to the person that paid for any and every truck driver stuck here to get a free meal at A&W!!!! 😁 @globalnews @CTVVancouver @DriveBC @TranBC @ pic.twitter.com/q0EwrK4jSy

“We call him the Secret Santa of Princeton,” Lenore said in a phone interview. “He was a really nice customer.”

Several travel advisories are currently in effect in BC as a winter storm continues to dump snow on the mountainous routes.

Lenore explained the snowstorm forced multiple travellers to park their vehicles on the side of the road near the A&W and the free meals “came at a really good time.”

“It was nice to see all the happy faces, people are having a rough day,” she said, adding that if she ever comes across Princeton’s Secret Santa again she will definitely thank him for “being a really decent human being thinking of people “during a stressful time.