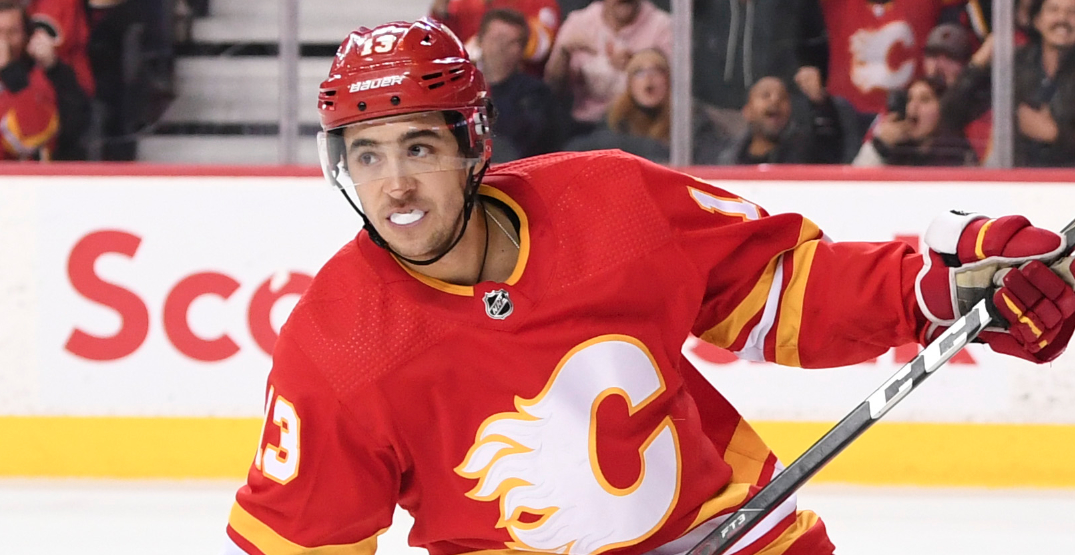 The Calgary Flames are on pause until after Christmas.

The NHL announced today that the Flames, who currently have 19 of 23 players on the active roster in COVID-19 protocol, have had two additional games postponed as a result of a COVID-19 outbreak with the club.

The NHL has announced it has extended the period of game postponements for the #Flames through the game previously scheduled for Dec. 23 against Seattle. https://t.co/ElOZeuuEjg

The Flames were scheduled to host the Anaheim Ducks at the Saddledome on Tuesday and the Seattle Kraken in former captain Mark Giordano’s return on Thursday. Both will be rescheduled.

The next scheduled game is presently set for December 27 against the Edmonton Oilers.

Calgary currently has 32 members of its organization under the protocol, with confirmed cases of the Omicron variant of COVID-19 in the outbreak.

A decision on when each team’s training facilities will re-open will be made by the NHL and the NHLPA in the coming days. The league is in the process of reviewing and revising all three teams’ regular-season schedules.

Calgary has already had four games postponed this week, including road games at the Chicago Blackhawks and Nashville Predators and home games against the Toronto Maple Leafs and Columbus Blue Jackets.

The NHL also announced all Colorado Avalanche and Florida Panthers games will be postponed until after the Christmas break as well.