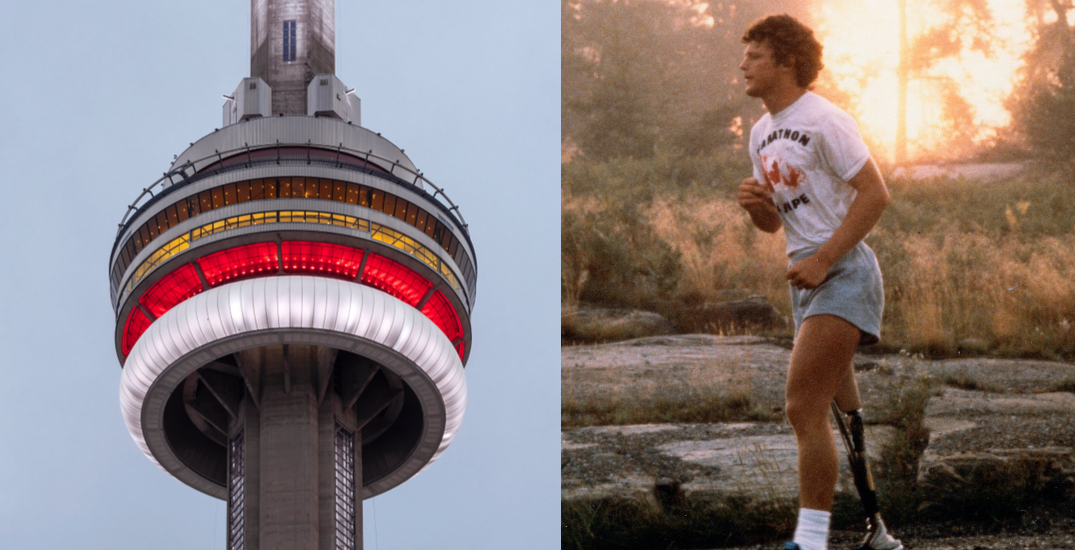 Canadian landmarks will be lit red and blue on Monday night to honour the legacy of Terry Fox.

In conjunction with a special benefit broadcast for the Terry Fox Foundation, landmarks from British Columbia to Ontario to Newfoundland will be illuminated on August 9.

“This initiative will travel across the country, just as Terry intended to,” a release from the Terry Fox Foundation reads.

Twelve landmarks will be lit with red and blue light, including:

The benefit broadcast, entitled Terry Fox: The Power of One, will air across Canada at 8 pm EDT/5 pm PDT on August 9.

The broadcast will help raise funds for cancer research, including for a new project called the Marathon of Hope Cancer Centres Network.

The project will allow Canadian cancer researchers and clinicians to share their data and technology, and help create the “best outcome for each cancer patient” across the country.

“A national broadcast like this, supporting the Terry Fox Foundation, has not happened in more than 40 years,” the release reads.