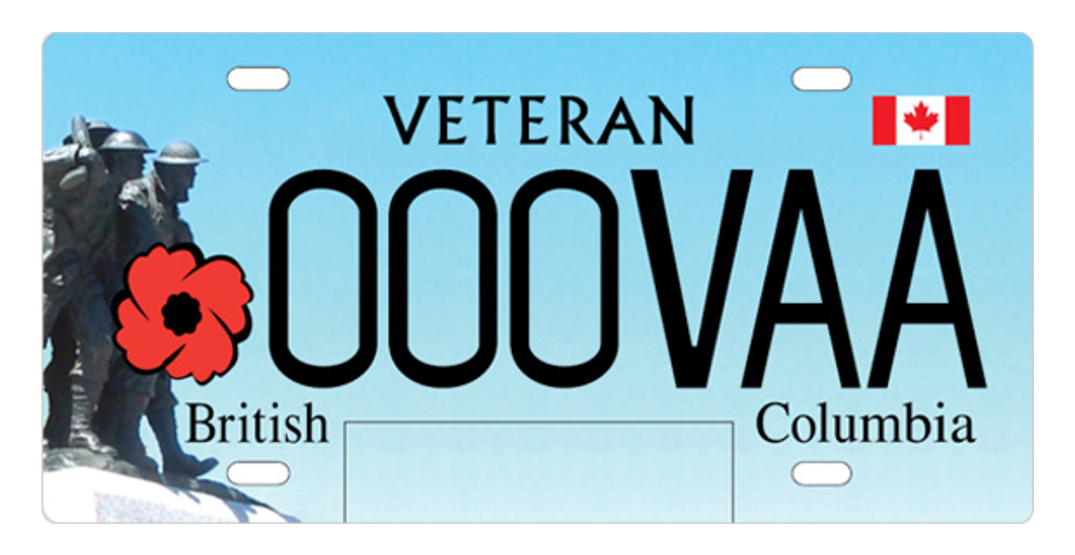 Example of a BC Veterans License Plate. (ICBC)

Offering free vehicle parking on municipal property for veterans of the Canadian Forces did not put a dent into the City of Vancouver’s finances, after all.

That is the conclusion made by city staff in a new report to Vancouver City Council recommending that the one-year pilot project, approved in October 2020, immediately transition into a permanent program and expanded to recipients of the Memorial Cross, also known as the Silver Cross.

City council is expected to approve these measures in a public meeting next week, just ahead of Remembrance Day.

The pilot project that ends early next month allowed vehicles with veteran plates to park for free at on-street metered spaces and off-street, city-owned parking lots.

“Fewer than five veteran plates in total were observed during the data collection over each quarter. Anecdotal data from EasyPark also indicated there was very little veteran plate activity observed in their off-street facilities. Since there was a negligible number of veteran plates observed both on-street and off-street, it can be inferred that the uptake of the parking fee exemption continued to remain low.”

City council approved the pilot project last fall, after city staff made the exceedingly rare move of directly countering an order given by city council through a previously approved motion.

The original 2019 direction given by city council asked city staff to develop a free parking program for veterans. However, city staff returned with a report recommending the opposite, asserting that it would counter the municipal government’s policies of getting residents out of their cars and into other modes of transport and that veterans are not a low-income or disadvantaged group, and that it does not advance their concept of “equity.”

Moreover, at the time, city staff expressed concerns there would be significant uptake in veterans license plates to take advantage of the program, estimating that it would require an administration capacity of up to two additional full-time employees and reduce parking revenue by $2 million annually.

But this prompted an outcry from veterans and other supporters that free parking was more about a gesture that honours their service, not for monetary benefit.

The recommended expansion of the program to Memorial Cross recipients is also expected to have a negligible impact on city finances. The award is granted to family members of Canadian Forces personnel who died in service.