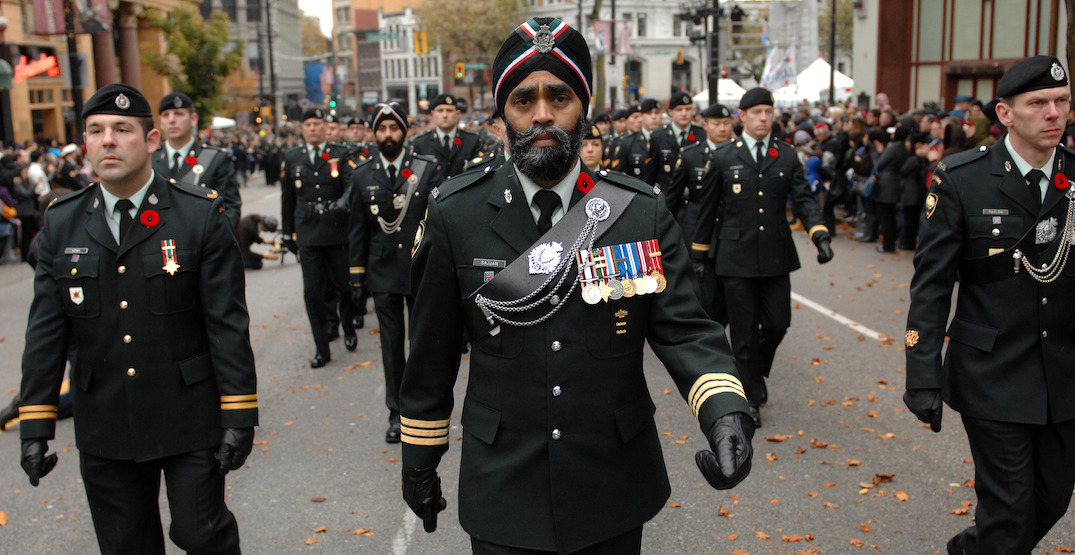 A motion moved by NPA councillor Melissa De Genova in November 2019 calling on city staff to develop policies that expand free parking for veterans of the Canadian Forces was approved by Vancouver City Council in November 2019.

Nearly a year later, City of Vancouver staff are returning to city council with recommendations that achieve the complete opposite of the motion’s intention.

City Manager Sadhu Johnston argued the bureaucracy is taking this position over how free parking for veterans counters with the municipal government’s position on decreasing car use, and the expected budgetary impact from decreased parking revenues.

“We have many concerns about subsidizing parking for veterans. It incentivizes driving as a way to travel, which is in direct opposition to our climate change and transportation policies. It interferes with our strategy to manage street space through pricing tools,” he wrote in the report.

“It does not support veterans who travel in other ways, such as by transit, walking, or cycling. Veterans are not, in general, a low-income or disadvantaged group, so this does not advance key equity goals and not charging for parking would not support low-income veterans, many of whom may not be able to afford a vehicle. Depending on the direction given by Council, it may also be costly and reduce City revenues.”

On the city’s emerging concept of “equity,” the report adds this counters the city’s new approach to focus its support for “historically disadvantaged communities.”

Currently, vehicles displaying a veteran licence plate are exempted from parking meter fees each year between November 4 and 11. This policy has been in place since 2007.

“If free parking is provided to veterans and active service members on a year-round basis, a significant precedent will be set. Other groups that serve the community could make a case to receive similar privileges,” continues the report.

“This could include current and retired firefighters, police, frontline healthcare workers and teachers, who are all known for their service and sacrifice to the community. Council could face pressure from other groups as a result of this change and granting further exemptions to other groups will exacerbate the issues.”

Recommended alternatives suggested by city staff include offering a transportation grant to a veterans’ organization or developing a blanket policy that guides future requests for free or subsidized parking for individuals or members of organizations.

If city council were to proceed with a policy to expand free parking for veterans, city staff have outlined three options.

A second option would only provide limited free parking to vehicles belonging to Vancouver residents who are low-income veterans or current serving members of the Canadian Forces.

The third option offers free parking to all veterans or current serving members of the Canadian Forces. This would be for the period between November 4 and December 31 of this year.

The last two options would be regulated using a scratch card, which requires an administration capacity of up to two additional full-time employees.

City staff assert free unlimited parking for all veterans would result in a $2 million reduction in municipal parking revenue each year. About 57,000 veteran’s licence plates have been issued in BC, and approximately 90,000 residents in the province have veteran status.

In recent years, the City of Vancouver’s use of pay parking has been expanded far beyond merely a transportation demand measure. The municipal budget increasingly relies on pay parking to cover its expenditures, with annual pay parking revenues rising from about $40 million in 2011 to approximately $75 million in 2019.

This increase includes over $8 million in revenue generated by the Vancouver Park Board’s pay parking facilities. If city council were to expand free parking for veterans, the policy would not cover the facilities under the separate jurisdiction of the Park Board.