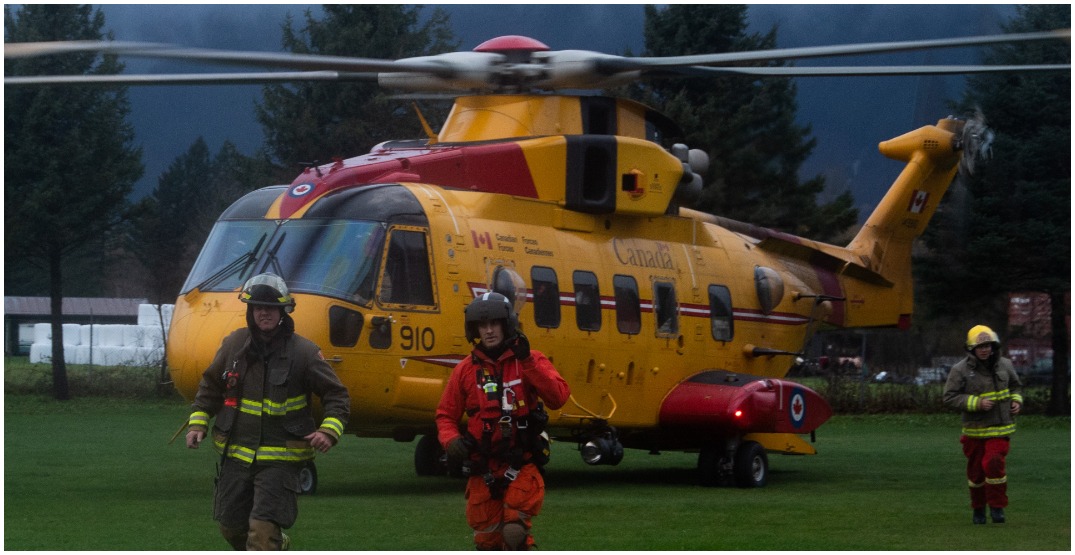 The federal government has approved the deployment of Canadian Forces air support personnel to southern BC.

In a tweet Wednesday morning, Blair says he has been speaking with Deputy Premier Mike Farnworth.

I spoke to Minister @mikefarnworthbc to let him know that we stand with British Columbians during this extremely difficult time, and are working hard to provide the support they need as quickly as possible.

The military has already been working in BC — rescuing hundreds of people who were stuck on Highway 7 near Agassiz.

A job well done by @RCAF_ARC’s 442 Transport & Rescue Squadron. Using 3 CH149 helicopters and supported by a CC115 Buffalo, the Sqn evacuated 311 people, 26🐕 and a🐈 to safety in Agassiz after being trapped by landslides on roads in BC. @CFOperations @MARPAC_FMARP @BCGovNews pic.twitter.com/TXPPR7ih9a

There has already been some criticism of the provincial government for not declaring a State of Emergency.

On Tuesday night, the City of Abbotsford held a news conference telling everyone in part of the region to evacuate immediately.

As of Wednesday morning, about 180 people had been rescued from the Sumas Prairie area.