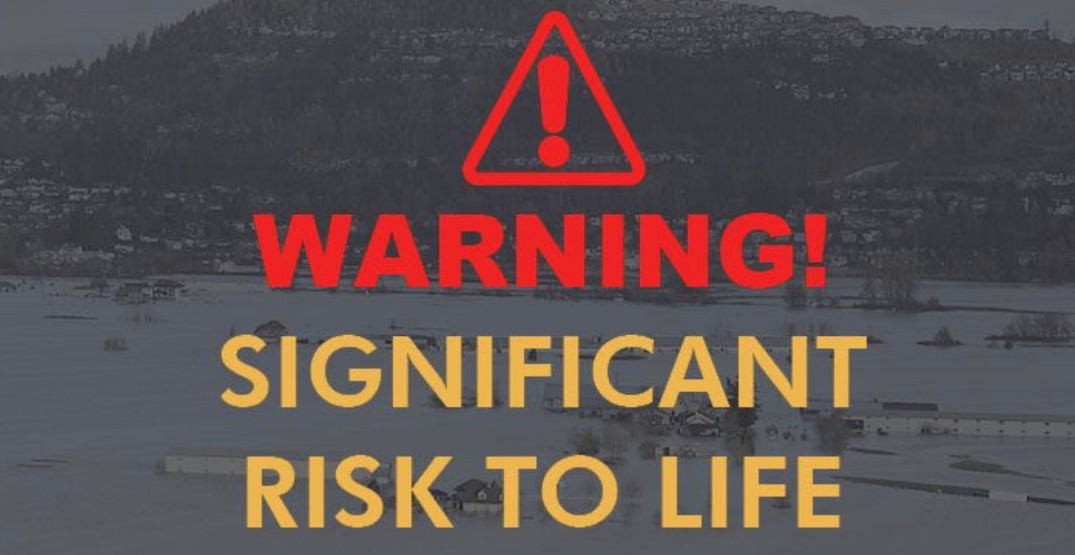 The City of Abbotsford has put out an emergency alert warning that a potentially catastrophic event could be taking place in the Sumas Prairie.

Water in the Sumas Prairie was turned off at 9 pm Tuesday after a watermain breach.

During a late night news conference, Mayor Henry Braun stressed that anyone who remains in the Sumas Prairie areas needs to leave immediately or call 911 for help.

“Please heed the evacuation order and leave tonight. Tomorrow morning may be too late.”

Braun says the City is taking this “incredibly seriously and ensuring all measures are in place.”

It’s estimated there could be around 300 residents still in their homes.

Abbotsford Police Chief Mike Serr reiterates Braun’s message and says, “we’re really stressing how critical it is we get you out of this area.” 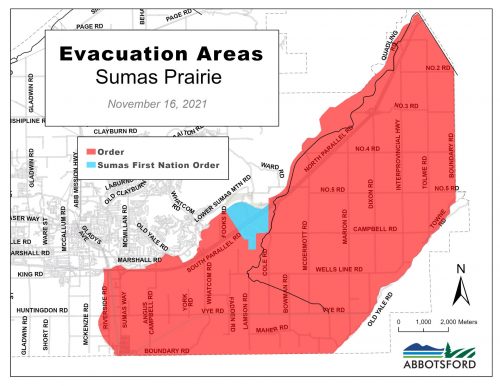 Serr adds they are bringing in all resources and this will primarily be a water rescue.

According to the City, “with the failure of this key piece of infrastructure, water within the Sumas Prairie will not be able to be pumped out and water from the Fraser River will begin entering the already flooded Sumas Prairie area.”

Serr adds, “if we lose any of those pumps, we are prepared to put out an emergency broadcast.”

Braun says he has been told by the engineers that, “if even one pump fails, there’s four of them, there is going to be more water coming into Sumas Prairie than those pumps are capable of pumping.”

The City is also looking at adding swiftwater resources at both ends of the flooded areas, saying that the rescue effort is now primarily water-based.

The staging would be ramped up “in case the situation worsens,” Lee said.

Earlier Tuesday, Abbotsford Mayor Henry Braun toured some of the damage in the region.

Mayor Braun & Abby PD did an aerial tour of the Sumas Prairie on Police Helicopter Air 1 this AM. Here are some photos, which shows the seriousness of the situation. We urge residents to follow Evacuation Orders, stay out of the affected areas and check on friends and neighbors. pic.twitter.com/BrB14JuZS5

The Abbotsford Police Department says there is still room at Tradex to house people who are displaced.

The City says if you are unable to return home or have been evacuated from your home, you can call 9-1-1.

Evacuees can call the Public Information Line at 604-864-5688 where staff are available to address questions.