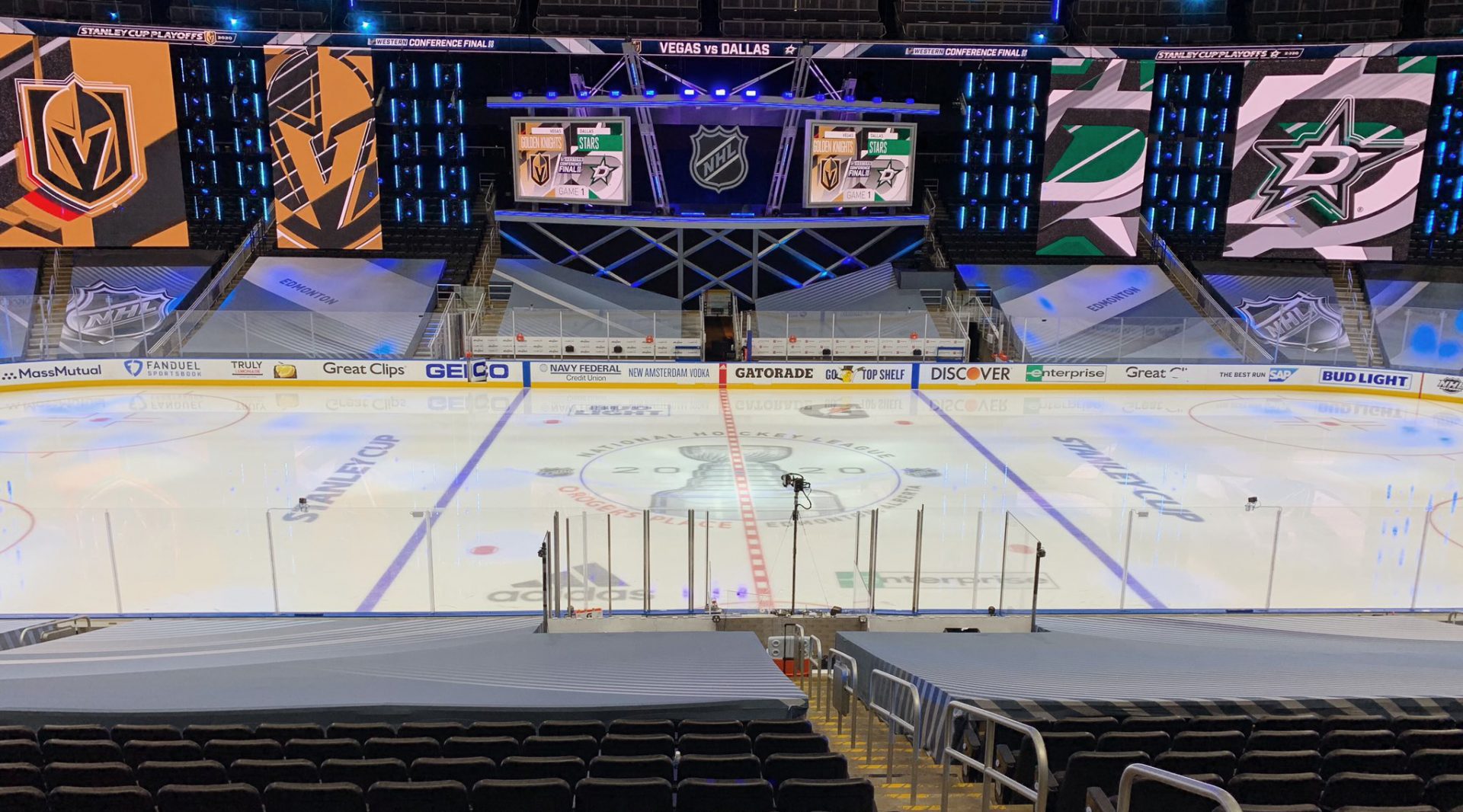 Canadian family members of NHL players and staff are reportedly allowed to join them inside the postseason bubble.

According to ESPN’s Emily Kaplan, entry into the bubble is currently restricted to Canadian citizens who are already in the country. They are also required to isolate for seven days while passing three COVID-19 tests before they travel.

It doesn’t end there, as once inside, individuals must quarantine in a separate hotel room and produce four negative tests before being allowed close to players.

Part of hasty deals reached by the NHL and its players’ association, both agreed to find ways to accommodate families in the bubble during the finals, but the ESPN report says they must be physically distanced when inside the arena and not allowed to interact with players after the game. Players can stay with families who have gone through the complete quarantine.

There is no word yet on when families of other nationalities will be allowed to enter, or if more restrictions will be applied to them in order to do so. According to Kaplan, the NHL is still waiting on word from the Government of Canada.

The NHL also recently released its schedule for the next leg of the postseason, kicking off with the Vegas Golden Knights going against the Dallas Stars on Sunday in the Western Conference. 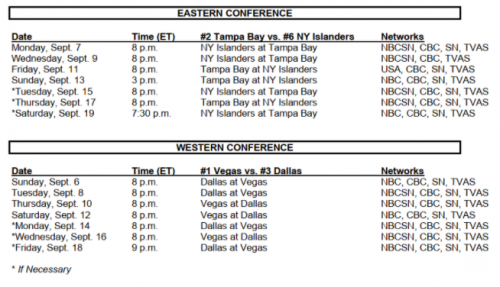