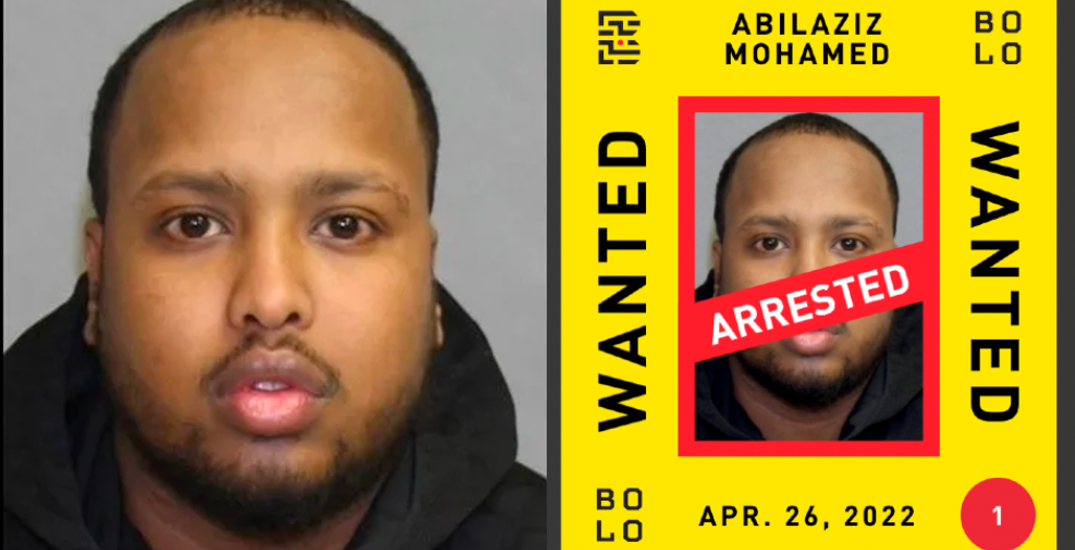 The same day that the names and photos of Canada’s most wanted fugitives were released, one has already been arrested in Toronto.

The Top 25 list was released under the Bolo Program, described on its website as a “breakthrough initiative leveraging social media, technology, and innovative engagement to encourage citizens like you to be on the lookout for Canada’s most wanted.”

On Tuesday, the Bolo Program announced that for a limited time, it would offer $250,000 in rewards to individuals who help provide information that leads to any arrests.

Meet Canada’s Top 25 most wanted fugitives. Look at their faces. Remember them. Be on the lookout.⁰
Rewards up to $250,000. Available for limited time only.⁰

On Tuesday evening, just hours after the list went up, the Toronto Police Service (TPS) received anonymous information about the location of Abilaziz Mohamed. He was arrested for homicide the same night, law enforcement officials shared in a news release.

In October last year, 43-year-old Craig Macdonald was shot and left in a parking lot in the Cinemart Drive and Milner Avenue area of Toronto. He was rushed to the hospital but pronounced dead.

Mohamed, 32, was taken into custody for the first-degree murder of Macdonald. The reward set for his arrest was $250,000 — the highest among everyone on Canada’s most wanted list.

“Yesterday, Abilaziz Mohamed was BOLO’s number one wanted suspect. Today, he is in Toronto Police Service custody charged with the murder of 43-year-old Craig MacDonald thanks to information provided by a member of the public,” Chief of Police James Ramer said in a statement.

“We hope this provides a small amount of closure for the victim’s family. We work proudly and effectively with our BOLO partners and this successful arrest sends a clear message to those who continue to evade justice — you will be found.”

Mohamed was scheduled to appear virtually at the Toronto East Court today at 10 am.