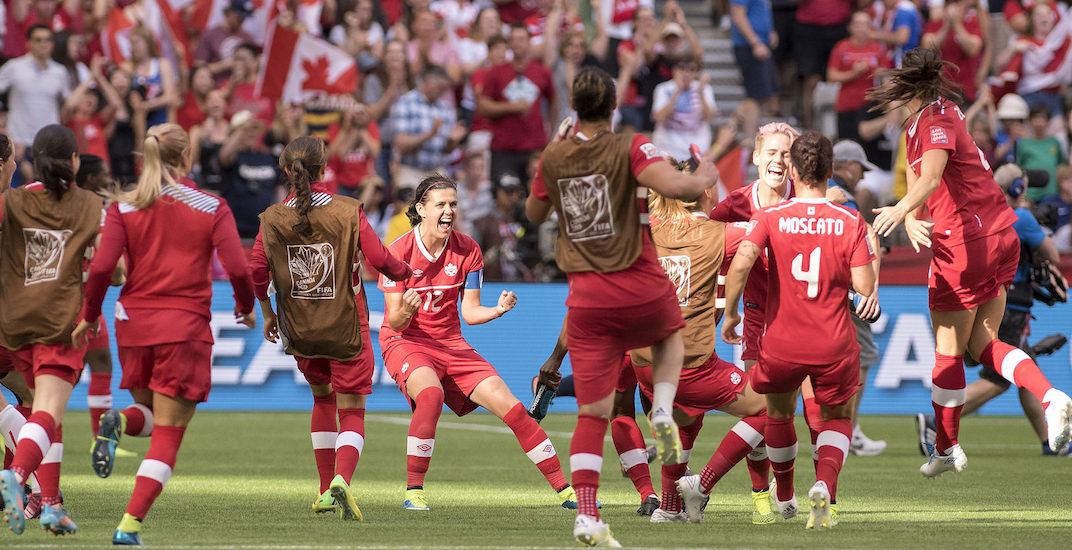 It’s going to be another huge crowd at BC Place.

Canada Soccer has announced that Thursday’s women’s international soccer friendly between Canada and the United States is expected to be a lower bowl sellout.

It’ll be the third time in the last two weeks that BC Place has drawn over 27,000 spectators, a higher than normal attendance for the stadium. The BC Lions had a season-high attendance of 23,415 while the Vancouver Whitecaps typically cap their crowd at 22,120.

The Whitecaps drew 27,837 for their playoff match against the Seattle Sounders on October 29. On Friday, Rugby Canada did even better, attracting 29,480 spectators for a match against the Maori All Blacks rugby team from New Zealand.

The final attendance figure will come close to the Canadian record for a women’s soccer friendly. Edmonton drew 29,953 for a Canada-Mexico match in 2003.

“Whenever we play the US, it’s like Christmas. It’s the team that everyone wants to play,” head coach John Herdman said of the matchup against the No. 1 ranked Americans.

It’s been over 16 years since Canada, currently ranked fifth in the world, has beaten USA at the senior women’s national team level, in any competition.

“Typically in the past it’s like a Rocky movie, that unfortunately, Rocky never wins,” Herdman added. “That’s what it seems like whenever we play the US, they’re a hell of a battle, but there’s never a happy ending for Canada.”

The Rocky movie analogy is a great one. Canada came darn close to knocking off their nemesis at the Olympics in 2012, when Christine Sinclair nearly single-handedly carried her team to victory.

So that’s why this match means more than your average friendly. Canada, with a number of young up-and-coming players, are hungry to beat the most dominant force in women’s soccer.

They’re ready for a different ending to their Rocky movie.