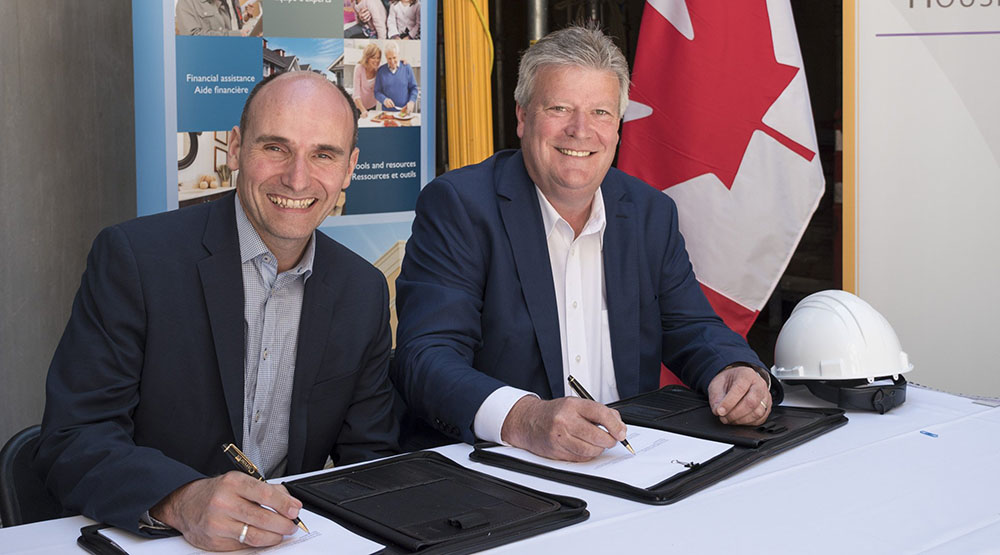 Jean-Yves Duclos, Minister of Families, Children and Social Development, and Rich Coleman, BC Minister Responsible for Housing have announced more funding for affordable housing in BC (BC Housing/Twitter)

The federal government has announced it will invest an extra $150 million over the next two years to help support and create affordable housing in BC.

In a press release, Duclos said the funding would give Canadians a better place to live and grow.

“All Canadians need and deserve housing that is safe, adequate and affordable,” said Duclos in the release. “Through new investments in housing, the Government is helping to strengthen the economy and improve the quality of life for families and seniors.”

The funding comes on top of the recently announced $63 million joint annual funding to be provided by the federal and provincial governments.

Meanwhile, on Friday, BC Premier Christy Clark released a YouTube video, in which she says she will set out a housing affordability plan in the “coming days and weeks.”

“It’s time for bold action,” says Clark in the video. “It’s impacting families, and it’s impacting the liveability of our region.”

Clark said the following priorities would underpin their plans:

“It’s time for a determined effort, one that includes all levels of government, to make sure that we preserve the dream of owning a home and keeping it in the reach of the middle class.”