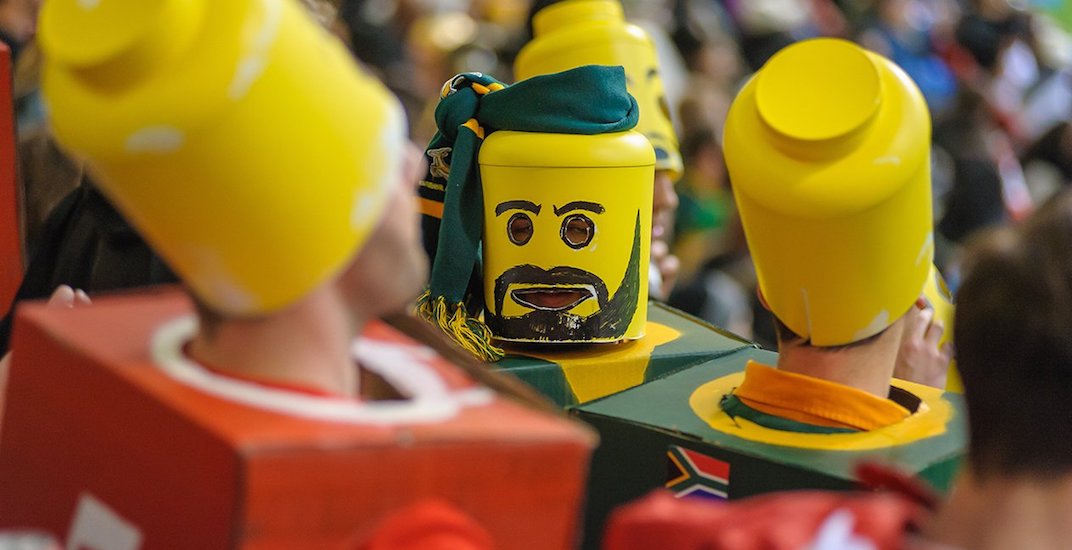 Over 70,000 people will pour into BC Place this weekend as Canada Sevens returns for its fifth year in Vancouver.

To say that the event has been a success since its debut in 2016 would be an understatement. Fan support has been strong, both in numbers and enthusiasm.

Fans of many different countries fill the stadium, though the roar from the crowd is always loudest during Canada’s games.

You don’t need to be a rugby aficionado to enjoy sevens, which is part of the appeal. From short, high-scoring games to the party atmosphere in the stands, here are seven things to know about one of the most fun weekends on Vancouver’s sporting calendar.

“Fancy dress” is a huge part of rugby sevens, meaning you might see grown men in tutus walking around the streets of Vancouver or an entire group of people dressed up in beaver costumes.

Some fan costumes are related to the country they’re cheering for, like mounties or lumberjacks for Canada, but many more are super random.

People go all out, and it’s a lot of fun.

Over 70,000 fans fill BC Place every year during the two-day event, with fans of different countries coming out to support their team. Much of the crowd is in general seating, allowing for a festival-type atmosphere with fans moving in and out of the bowl.

Pandemonium at @bcplace as #Canada7s win on last play of the game. They win the Bowl Final. pic.twitter.com/PZcZULAzXC

Fiji is always well represented at BC Place, generating more fan support than any other country after Canada.

The tiny Pacific Island country has a population of less than a million people, but expats come from far and wide to cheer on their team — and for good reason too, as it’s one of the best countries in the world at sevens. Fiji won the Vancouver tournament in 2018 and captured the World Series title last year.

And to top it off, Fiji’s probably plays the most entertaining brand of rugby in the world too.

If you have a low attention span, rugby sevens is the sport for you.

Games are high scoring, and they start and end in about 20 minutes. Seven players are on the field for each team at one time, playing two seven-minute halves.

Scoring is similar to football, which makes sense as that sport evolved from rugby.

A total of 45 matches will be played in two days, with matches beginning at 9 am on Saturday and 9:40 am on Sunday. The action wraps up at about 7 pm each day.

Each country will play three matches on Saturday, spread out evenly throughout the day.

6. There are 16 countries competing

A total of 16 countries will compete in Vancouver, earning points for the World Rugby Sevens Series, which tours 10 cities around the world every year. Canada finished 11th in the world last year, and is ranked 10th coming into this weekend.

Teams are divided into four groups of four countries each, with the top two from each group moving on to the quarter-finals on Sunday.

I won’t speak to how this describes soccer, but it’s certainly true for rugby.

You have to be brutally tough to play sevens — a full-contact sport with no padding. And yet what you’ll see from the players that play it is a mutual level of respect. There’s rarely any fighting between players, and arguing with referees is also remarkably rare.

When teams are finished competition — whether they won or lost — they thank the fans. And the fans thank them back.