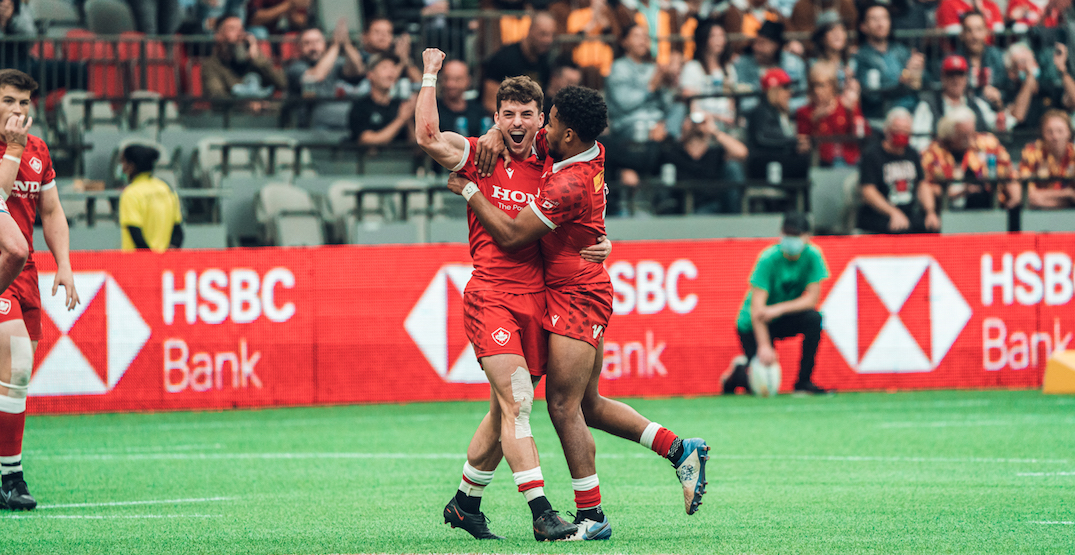 There have been countless events cancelled in the last year and a half.

Somehow, someway, the 2021 edition of Canada Sevens in Vancouver wasn’t one of them.

One of the last big events held prior to the world shutting down in March 2020, this year’s event was delayed until September but was successfully held at BC Place over the weekend.

The World Rugby Sevens Series typically has 10 stops on tour. An already modified version of the series reduced further after Hong Kong, Singapore, Cape Town, and Dubai pulled out in the last two months due to the pandemic. That left Vancouver as the lone surviving tour stop, with Edmonton also being added.

Instead of 16 countries competing, only 12 participated — with crowd favourites like Australia, New Zealand, and Fiji staying home for reasons related to COVID-19.

And yet, Canada Sevens pushed on, adding a “fast four” women’s tournament to the schedule while working with reduced capacity limits from public health officials.

A total of 23,317 fans attended over the weekend, which was close to the two-day capacity of approximately 25,000. Fans had to show proof of vaccination to get into the stadium and were required to wear masks inside, but a sevens party was held nonetheless.

“I hope you guys could see from the games, the big smiles on our faces, playing together, having the crowd there with us, to be able to express ourselves playing rugby,” said Olivia Apps, captain of Canada’s women’s team. “It’s been a long time competing with someone other than ourselves, so it’s been really really special to be here this weekend.”

Officially, the Women’s Sevens Series was cancelled completely due to the pandemic. A four-team tournament was held instead, with Canada finishing third, behind the winning team from Great Britain and second-place USA.

“I can’t thank [the fans] enough. They really gave us the energy. It’s so amazing to be here at BC Place, always a pleasure to play on home soil.”

While hilarious costumes always seem to grab the attention of casual fans on Saturday, keen observers witnessed some heartwarming moments on Sunday.

Sportsmanship in rugby is second to none. Kenya went if its way to congratulate South Africa for winning the tournament… and then South Africa returned the favour. pic.twitter.com/3X0HOOFNd2

Fans jumped on the Kenya bandwagon as they made a surprise trip to the final before losing to South Africa. Jamaica, as one of the teams not usually part of the World Series, was overjoyed to secure their lone victory of the tournament over Chile.

And, of course, whenever the Canadian men or women were playing, the hometown crowd roared.

During breaks in play, music acts and dancers entertained the crowd, which was quite willing to sing and dance along with them.

Even the appearance of a pitch invader went smoothly, with the fan cooperatively walking off the field to meet police in handcuffs after dropping his pants moments earlier.

This has to be the most Canadian resolution to a fan running on the field at a sporting event pic.twitter.com/7ibp7GIItw

Canada dressed a young and inexperienced lineup for the tournament, finishing sixth. Still, captain Phil Berna was able to put things in perspective.

“The energy the crowd provided was massive,” said Berna, a UBC product from Vancouver. “A huge shoutout and thank you to everyone that came out and supported us. We needed it. I’m just very grateful that this tournament happened and that we got the fan support that we did.”

Fans will get a chance to do this again in just five months’ time, on February 26-27.

“Hopefully, everyone here is itching to go again in February next year, and they’ll bring their friends, and we’ll be in a good place, so we’ll pack out and get the 40,000, and it’ll be a real Canada Sevens party in BC Place.”