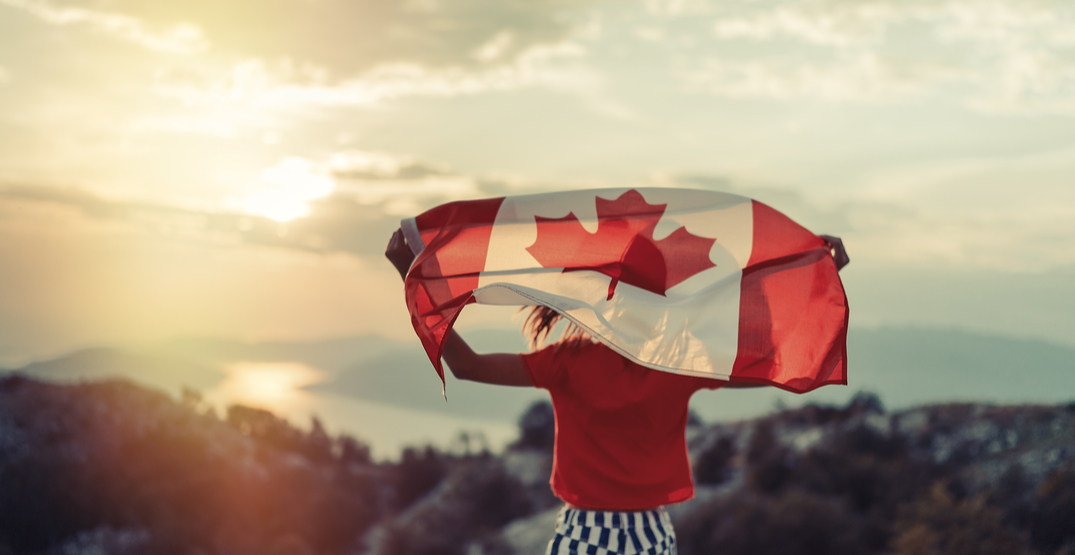 You just might live in the second-best country on the planet.

According to the 2021 Anholt-Ipsos Nation Brands Index (NBI), Canada has placed second in the global ranking, trailing only Germany.

Germany has retained its top position in the 2021 NBI for the fifth year in a row, but Canada has inched closer to the top, leapfrogging its third-place finish in 2020.

“For the past couple of years, Canada has rounded out the top three, landing in third place. NBI 2021 is the first time that Canada has moved up to second place,” says the report. “First place rankings on the Governance, People, and Immigration and Investment indices, as well as relatively steady rankings on Exports, Tourism, and Culture contributed to Canada’s record ranking in 2021.”

This year, the NBI compiled its list from 60 countries and included more than 60,000 online interviews to gather its data and put together the global ranking.

Ipsos, the world’s third-largest Insights and Analytics company, ranked countries based on a variety of factors to determine their overall reputation and the country’s “level of positive perception” around the world. 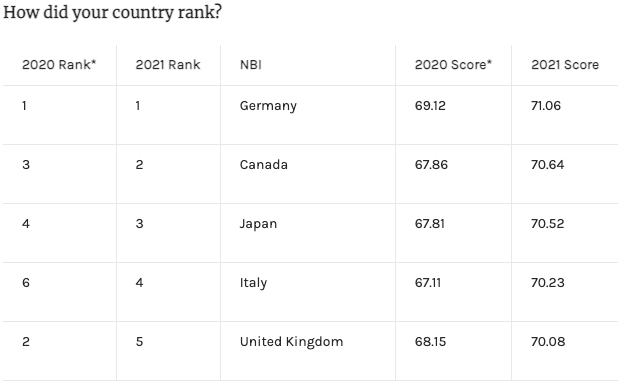 Here’s how nations faired in the 2021 report, listed by region:

Latin America and the Caribbean: