As we told you earlier today, Canada has been named the #2 best country in the world for the second straight year.

Well, we’ve also been named as the #1 country in the world in 2017 for Quality of Life: 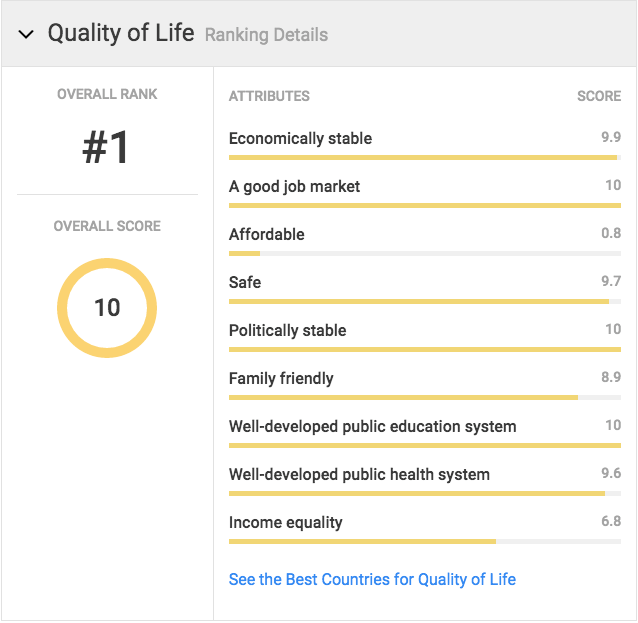 The study, conducted by U.S. News in partnership with Y&R’s BAV and Wharton, broke 80 countries’ overall rankings down by identifying a “set of 65 country attributes – terms that can be used to describe a country and that are also relevant to the success of a modern nation.”

Each of those 65 attributes was then placed into one of nine subcategories that included:

Our overall ranking of #2 best country in the world in 2017 came from these rankings in the nine subcategories, including that coveted #1 spot in Quality of Life: 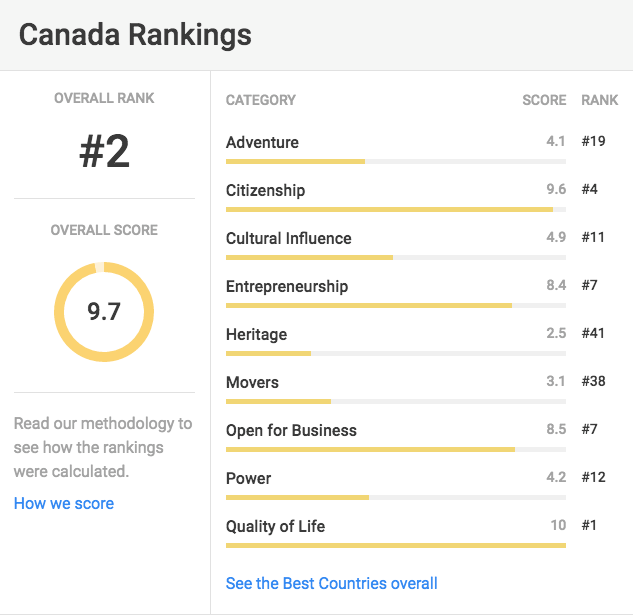