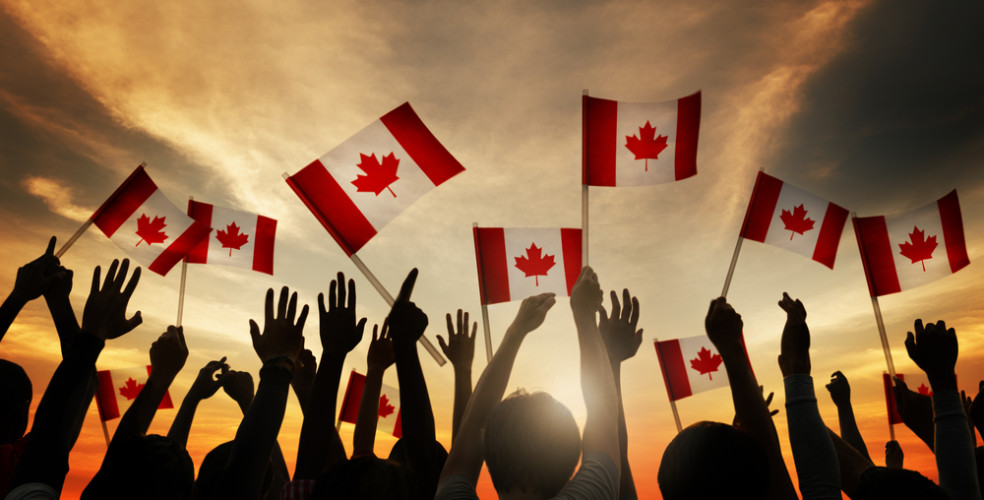 Canada, your happiness is showing.

Our home and native land ranks as the sixth happiest country globally, according to the fourth annual World Happiness Report. Canada managed to nab the number six spot among 156 countries, while our neighbours to the south snagged the 13th spot.

Here’s how it works: people in participating countries were asked to rank their happiness on a scale from zero to 10, with several key factors coming into play like GDP per capita, life expectancy, perceived life choice freedom, freedom from corruption, having someone to count on, and generosity.

The countries that ranked in the top 10 haven’t changed from 2015’s report, but their order did, with Denmark landing the top spot.

“The consistency at the top reflects mainly that life evaluations are based on life circumstances that usually evolve slowly, and that are all at high levels in the top countries,” said Helliwell in a press release.

“The year-to-year changes are also moderated by the averaging of data from three years of surveys in order to provide large sample sizes. However, when there have been long-lasting changes in the quality of life, they have led to large changes in life evaluation levels and rankings, as shown by the many countries with large gains or losses from 2005-2007 to 2013-2015.”

The report, which was released Thursday just ahead of the UN’s World Happiness Day on March 20, notes that countries can use happiness data to enable policies that support better lives.

It shouldn’t come as a surprise that Canadians are so happy – Canada was ranked as the second best country to live in globally this past January.

Top 10 happiest countries in the world