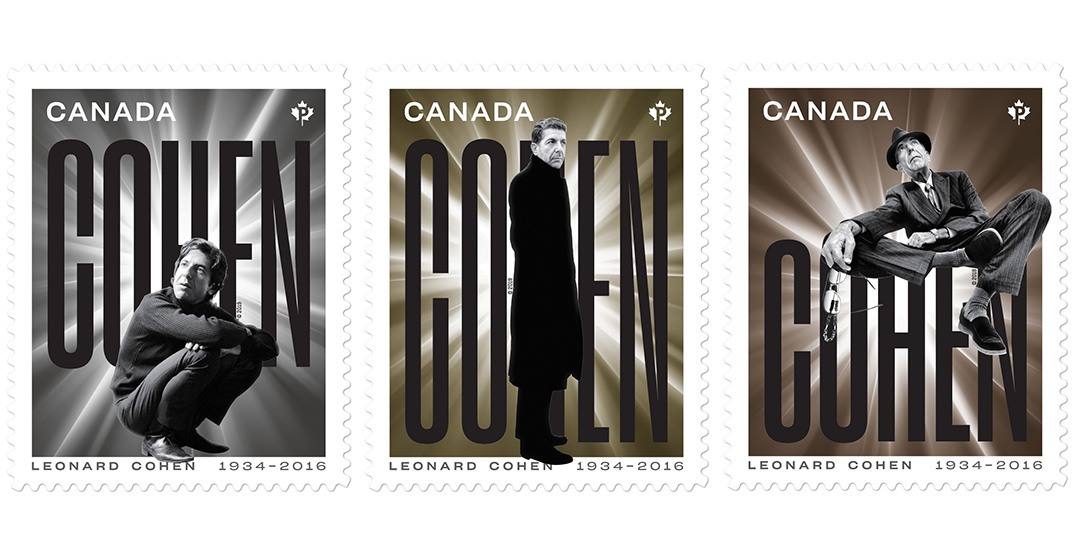 Canada Post has honoured Leonard Cohen on what would have been his 85th birthday.

On September 21, in his hometown of Montreal, three stamps were put into national circulation that pay tribute to Cohen. The images on the stamps highlight three periods of his accomplished music career.

Cohen’s record label, Sony Music, also announced the release of new music from the famous singer and a forthcoming album release titled, Thanks for the Dance.

Over a five-decade career, Cohen’s songs “distilled the desire and pain of romantic love and explored the darkness and light of the human experience,” reads Canada Post’s news release.

The stamps pay tribute to the singer/songwriter’s storied career, by focusing on three standout periods of his musical life:

Cohen was posthumously awarded the JUNO Award for Artist of the Year in 2017, as well as Album of the Year. The title track of You Want It Darker won the 2018 Grammy Award for Best Rock Performance.

“Canada Post is proud to pay tribute to this memorably gifted man whose words and music have touched Canadians and people around the world,” says Jessica McDonald, chair of the board of directors, Canada Post.

The stamps were unveiled in the Glass Court at the Montréal Museum of Fine Arts, overlooking the Leonard Cohen mural that rises 21 storeys above Crescent Street.