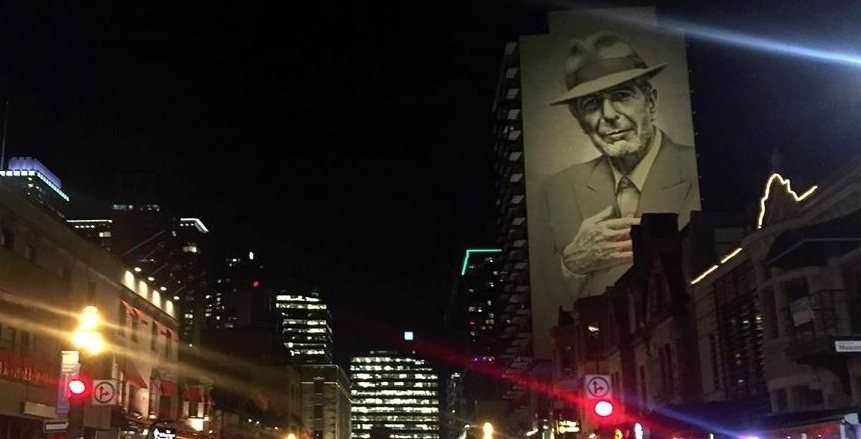 Crescent’s mural that pays homage to Montreal icon Leonard Cohen will be shining down on Montrealers from now on.

Last night, the charitable organization MU, along with the support of the Ville-Marie borough and Tourisme Montreal, secured four permanent projectors to shine upon the 8,500-square-metre mural in response to public demand of having the iconic artwork lit up.

Tower of Songs, MU’s 100th mural, was completed by artists El Mac and Gene Pendon in 2017. It was unveiled during the week of events commemorating the legendary artist’s death and is part of the cultural legacies left by Montreal’s 375th anniversary.

The 21-storey portrait of Leonard Cohen is Montreal’s largest mural, according to the city’s press release, and has become a signature landmark in the city.

“Our administration is pleased to contribute to illuminating this mural commemorating the great Montreal poet whose work has brightened millions of lives all over the world,” says Montreal Mayor Valérie Plante. “From now on, the memory of Leonard Cohen will shine in the heart of downtown Montréal in both the literal and figurative sense.”

Pay close attention to Cohen’s hand on the newly-lit mural as a slight red hue highlights his heart. 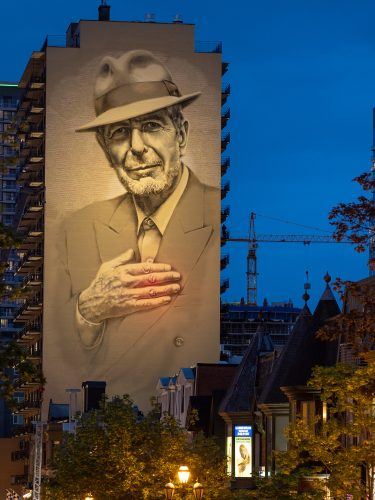 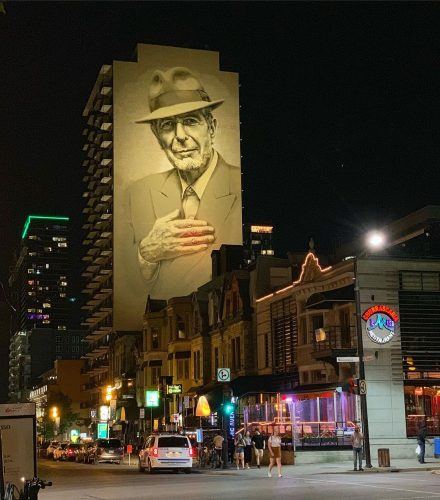 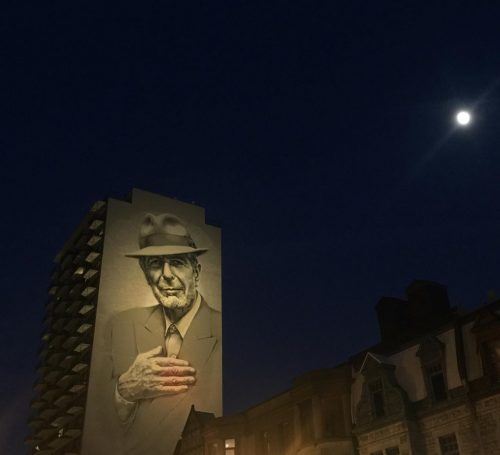 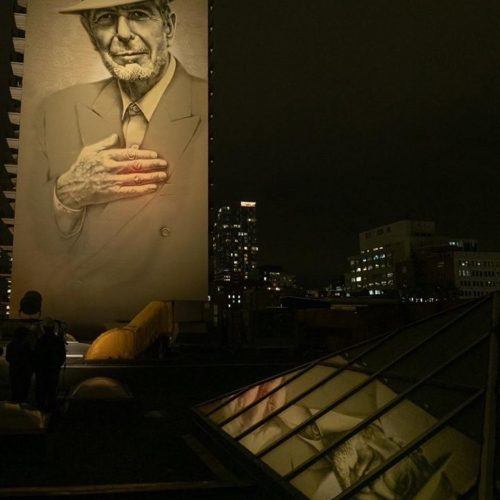