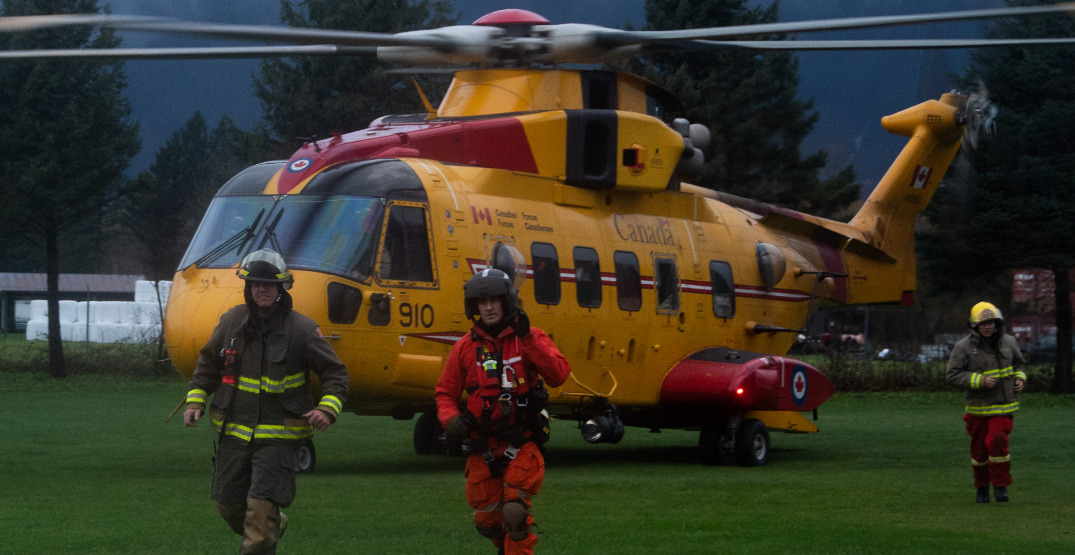 The Canadian military will be supporting the hardest-hit areas of BC still recovering from devastating floods and mudslides due to an unprecedented storm.

Canadian Armed Forces (CAF) members will be mobilizing to parts of BC over the next 30 days at least.

Military helicopters are currently conducting damage assessments in the region, and up to 350 CAF personnel are ready to be deployed from Edmonton to the areas most heavily impacted by floods and mudslides.

“Our thoughts and prayers are with the families of those who have lost loved ones in the tragedy unfolding in British Columbia and all those who have been affected by the floods, landslides, and extreme weather conditions,” said Minister Blair.

Even before the request for federal assistance, the Canadian military was already engaged in search and rescue efforts at local and provincial levels in BC.

Reconnaissance elements have begun work in BC where planning continues with Federal and Provincial agencies to determine the best locations and use of @CanadianForces assets in response to #BCStorm. #BCStrong pic.twitter.com/yrZxLDGJGB

According to Minister Anand, the Royal Canadian Air Force had already rescued over 300 stranded motorists and close to 30 family pets leading up to today’s announcement.

She also said that there are thousands more on standby.

Approximately 120 soldiers will hit the ground in Abbotsford on Thursday.

Some of the ways that the CAF will assist those in need include evacuating people to safety, offering support to the most vulnerable populations, helping people stranded or in distress, and supporting critical provincial supply chains.

They will also be assisting in protecting critical infrastructure, roads, and properties.

“The members of our Canadian Armed Forces are no strangers to helping provincial governments in disaster response,” she said.

“We will keep working together to help the people of British Columbia through this crisis.”

More @CanadianForces are on the way to help those in BC affected by #flooding. An @RCAF_ARC CC130J has left Trenton and will be staging out of #Edmonton today to deploy reconnaissance and coordination elements to BC soon @CFOperations @MARPAC_FMARP @BCGovNews @CAFinUS pic.twitter.com/T2aCTvXz55

The BC floods mark the 12th time since the beginning of the pandemic that the Canadian military has been called on to support a region in distress.