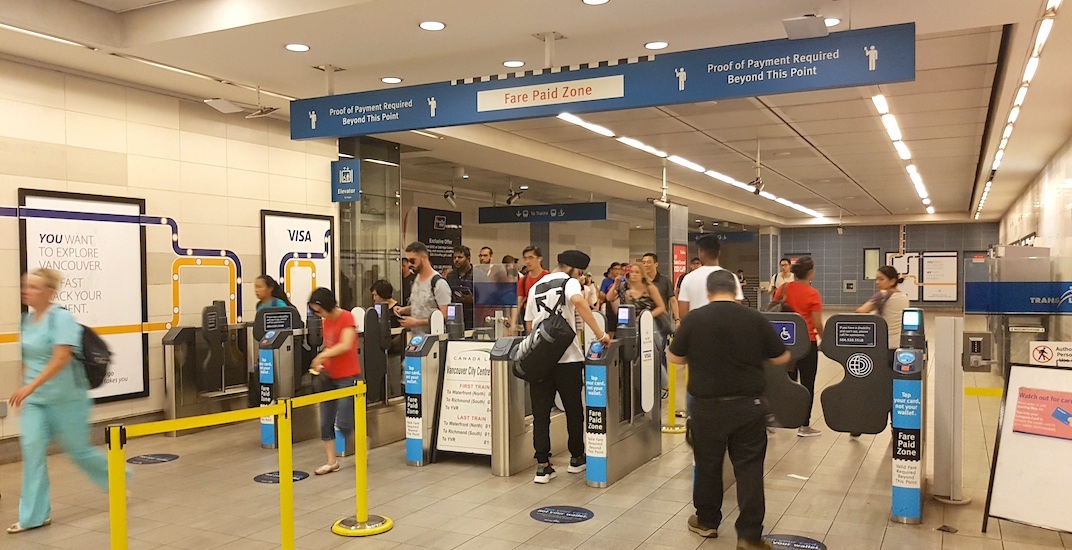 While the Canada Line has been criticized for its single-track tail sections in Richmond and YVR, and its notably short platform lengths (40 metres, expandable to just 50), its current ridership is a clear testimonial to the aspects that were built correctly, in particular grade separation and automation.

The Canada Line has been so successful that its original fleet of 40 rail cars (coupled into 20 two-car trains) will soon no longer be able to meet this growing demand. Without a moment to spare, 24 additional cars (12 two-car trains) will be delivered by 2020 through TransLink’s 10-year expansion plan. 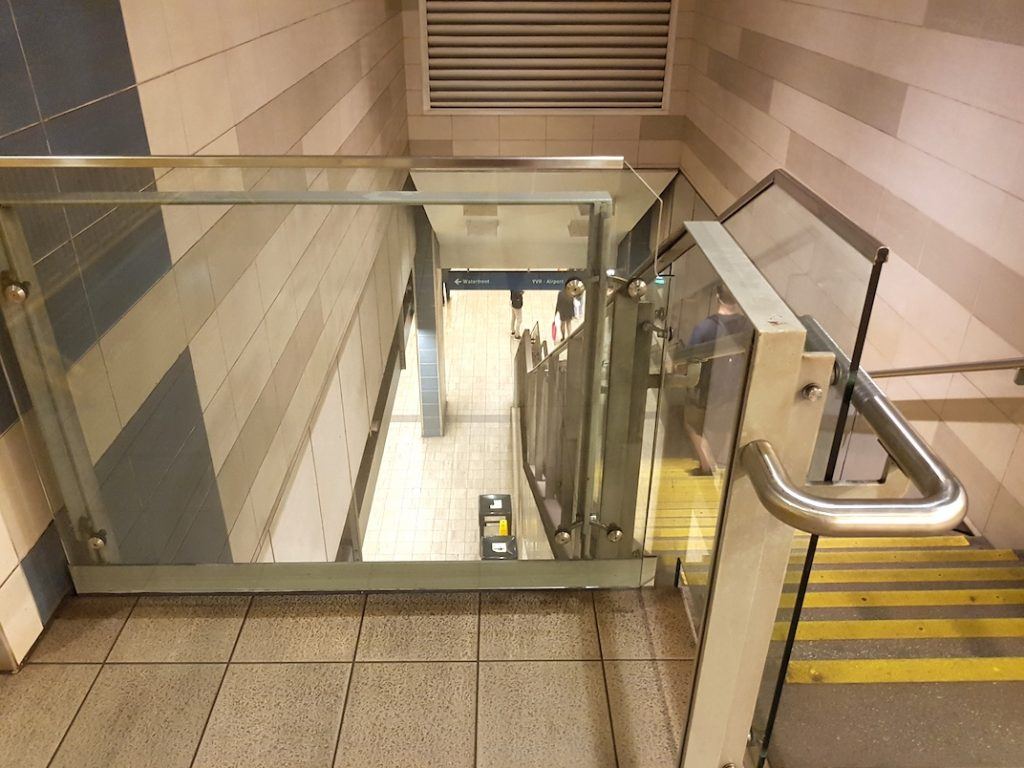 Rumblings regarding the addition of a southern platform at YVR Airport Station have also been heard.

All three of these will be welcomed additions to alleviating congestion on the Canada Line, but oddly enough one of the most pressing pinch points on the entire line has yet to receive much thought from the powers that be, the overflowing Vancouver City Centre Station.

Located in what is arguably the heart of downtown, Vancouver City Centre has become the single busiest station on the entire Canada Line, with 18,400 average weekday boardings as of 2017 (technically Waterfront is busier with 37,500 boardings, but this figure also includes the Expo Line).

This makes Vancouver City Centre not only the most utilized station on the Canada Line, but the sixth busiest station of the entire SkyTrain network. 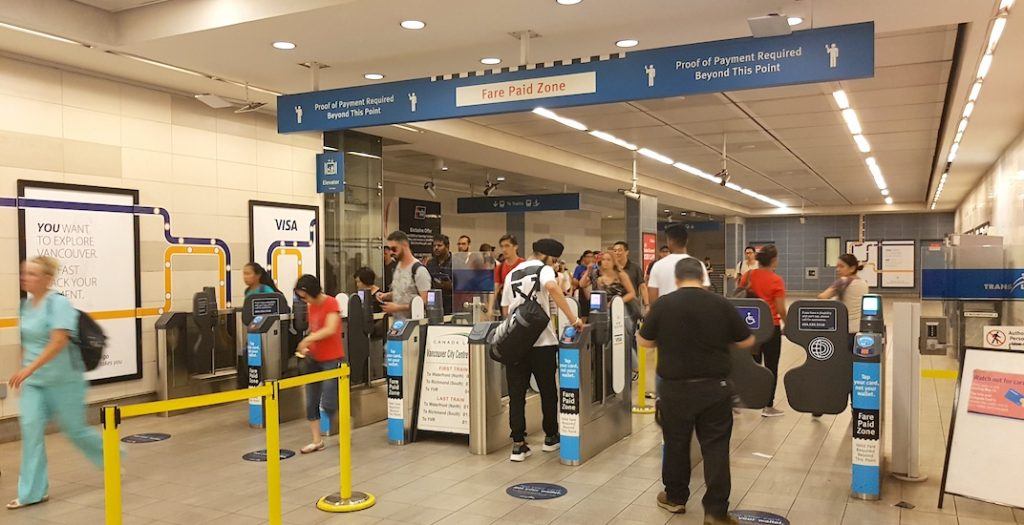 Unfortunately, all of these passengers are squeezed through a single concourse, crowding the six fare gates servicing the station. In other words, Vancouver City Centre was under-built with this single access point.

While most stations on the Canada Line suffer from this same issue, the exceedingly high passenger volume and key location make this issue much more pressing at this station.

One may argue that Broadway City Hall Station, with 14,500 average weekday boardings, is also noteworthy regarding this oversight. While valid, it is likely that this problem at Broadway-City Hall will be corrected when one or more new access points are constructed in association with the Broadway Extension of the Millennium Line. 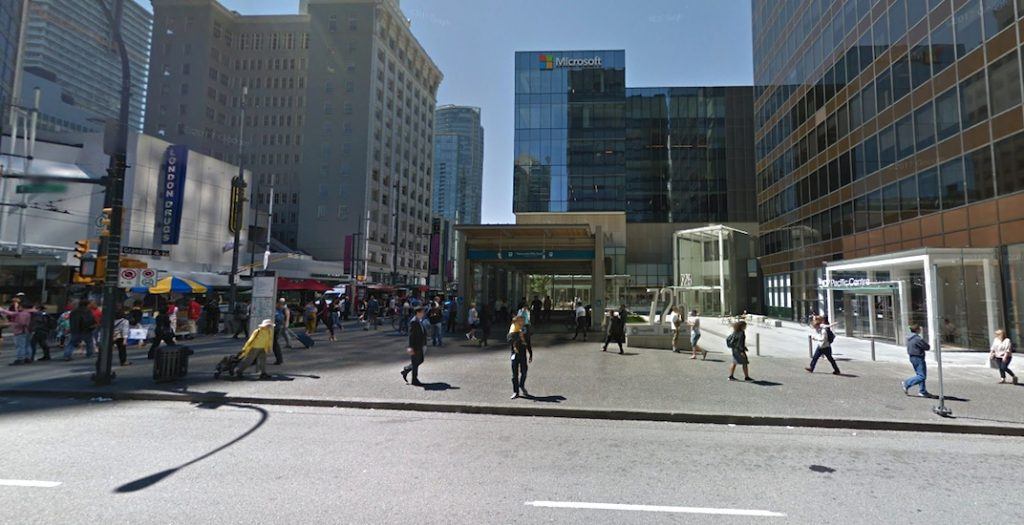 However, Vancouver City Centre does not have any such incidental solutions in its future. While the installation of a second escalator at Vancouver City Centre has recently been announced, which will improve connectivity between the platform level and the concourse above, it does not resolve the larger issue at hand.

In fact, it may even worsen crowding at the platform level, since this escalator will take up a portion of the already limited waiting space adjacent to the inbound platform.

All of these factors combine to a single inescapable conclusion: Vancouver City Centre Station needs an entirely new access point from the street level. 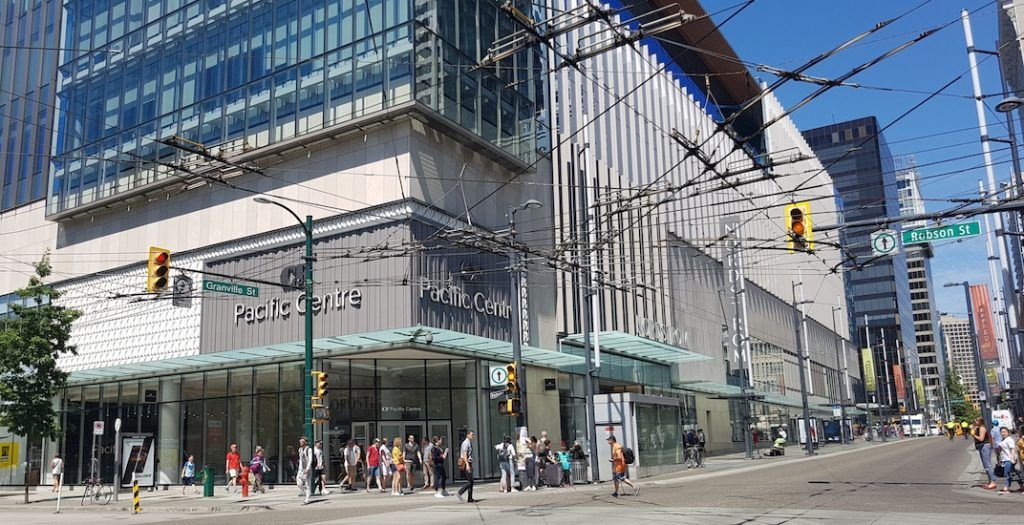 The existing emergency exit for Vancouver City Centre Station at the northwest corner of the intersection of Robson Street and Granville Street. (Kenneth Chan / Daily Hive)

Given that the existing access point is located to the north of the station, along West Georgia Street, the most logical placement for a second entrance would be to the south, along Robson Street.

The exact placement would require further detailed research, but some basic suggestions could include the northwest corner of the intersection of Granville Street and Robson Street, replacing the emergency staircase into Vancouver City Centre Station. 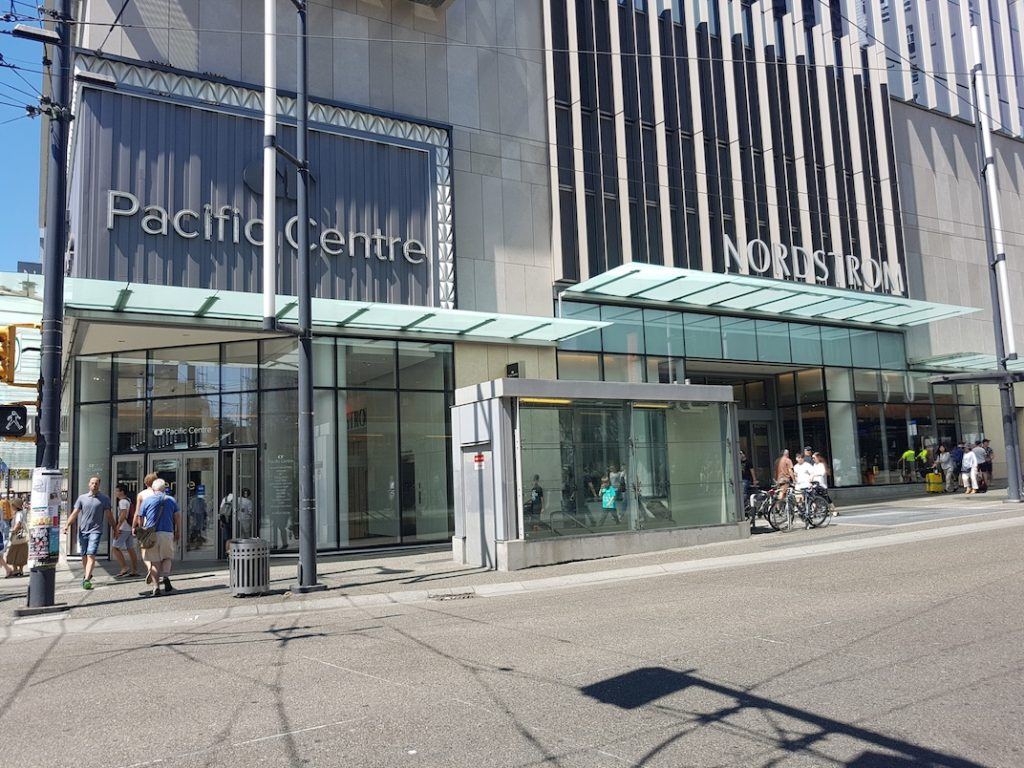 The existing emergency exit for Vancouver City Centre Station at the northwest corner of the intersection of Robson Street and Granville Street. (Kenneth Chan / Daily Hive)

Alternatively, it could be near the intersection of Robson and Howe Streets, potentially interacting with Robson Square. For this theoretical secondary access point, there could be a new bank of escalators (both up and down) and stairs extending up and out from the current southern wall of the platform level.

This has the added benefit of opening up and, if possible, slightly extending the platform area and reducing crowding.

These escalators and stairway would then lead to a new secondary concourse and second set of fare gates, before surfacing near or along Robson Street.

This would greatly benefit the many existing passengers whom use this station daily, while further strengthening our region’s backbone transit system.

“Vancouver City Centre Station” says it all in the name, and one would think that such an important station in an urban region soon to be home to three million inhabitants, that a second southern entrance could find its way into the 10-year transit plan.