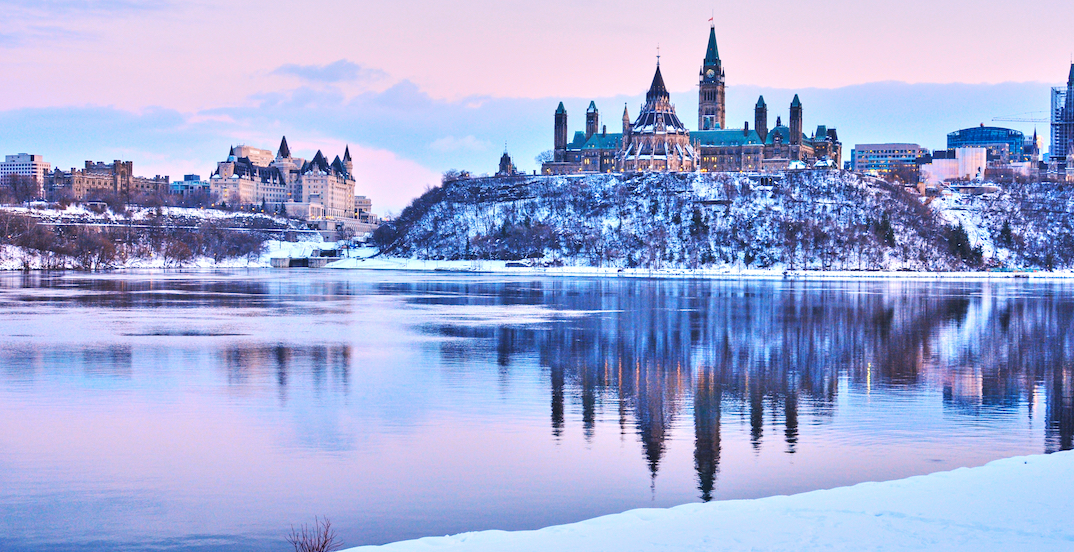 The stereotype that Canada is very freezing cold has come true — all across the country, all at the same time.

For only the third time in over 100 years, every provincial capital in the country is below the freezing mark.

“It’s no easy feat to get all 10 million square kilometres of Canada below freezing simultaneously,” says The Weather Network meteorologist Tyler Hamilton. Particularly in Victoria, BC, he points out, “everything has to come together to hold the frigid air coast-to-coast.”

Hamilton says Victoria has only spent 28 days below the freezing mark for an entire day this century and credits the strong winds flowing from the continental high-pressure island to make this a reality.

Temperatures were chilly on Wednesday morning all across the country. It’s currently -1ºC in Vancouver, -30ºC in Calgary, and -28ºC in Edmonton. Meanwhile, on the east coast, it’s -7ºC in Toronto and -8ºC in Montreal.

To pull off this incredibly rare and complex feat, a variety of different parts of the atmosphere have to work together in order to get every square centimetre of the country to below freezing.

“First, a ridge has to set up near Alaska, to buffer the normally active Pacific jet and allow cold air to stream south,” says The Weather Network. “A disruption of the polar vortex several weeks ago allowed decaying lobes of Siberian air to flush south.”

Finally, a strong blocking ridge in Northern Canada locks the cold air south, trapping it in place. Hamilton says Florida has to be warm too in order to limit the “final escape route for the cold.”

The other two periods over the past century where Canada’s capitals have all together spent two days below the freezing mark was December 19 and 20, 2008, and February 5 and 6, 2014.

This week’s widespread Canadian chill will be the latest on record since “at least the beginning of the 21st century,” says the weather agency. “2021 threatens to do the unheard of — three consecutive days with below zero temperatures across all of Canada.”

This past weekend, Canada recorded its coldest temperature since 2017 at a bone-chilling -52ºC in Wekweèti of the Northwest Territories.

At least we’re all in this together, Canada.