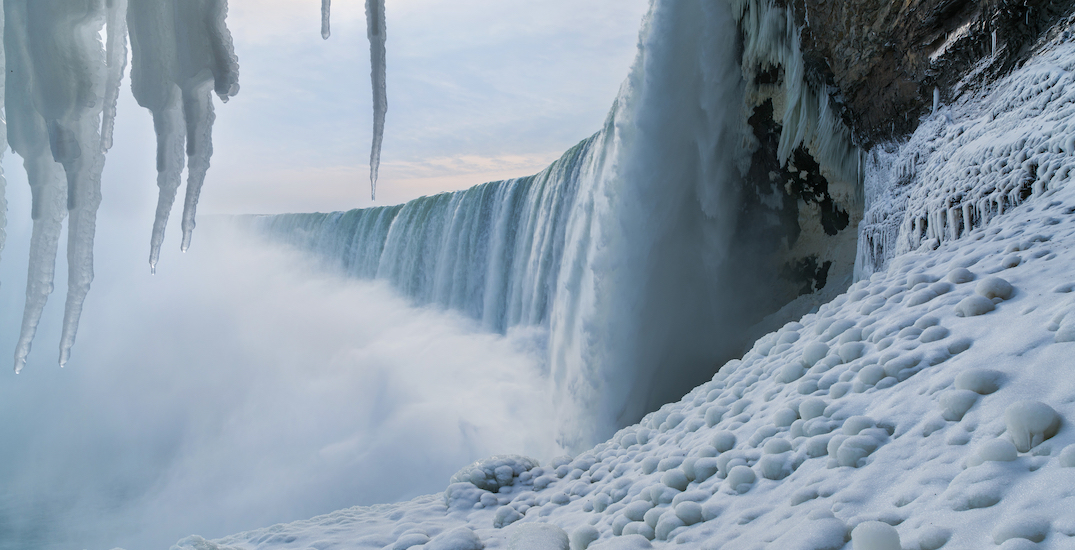 It’s been a cold few weeks across Ontario, leaving many to seclude themselves indoors and avoid the frigid temperatures at all costs.

Temperatures may be so cold that you’d think it’s enough to freeze Niagara Falls over. But, while it may look frozen, does it actually freeze?

Nope, it’s all an illusion.

According to Niagara Parks, freezing temperatures could result in ice formations, creating an illusion of “Frozen Falls”.

And over the past few days, that’s what it has looked like.

Although it may look like it is, our eyes tend to play tricks on us.

“During particularly cold temperatures, the mist and spray begin to form a crust of ice over the top of the rushing water, making it appear as though the Falls have in fact stopped. However, “the water continues to flow underneath the sheets of ice,” said Niagara Parks in 2019.

In the last few weeks, Niagara Falls has felt the wrath of winter with temperatures feeling like -15°C on January 28 and January 30, the coldest it has felt this year, according to The Weather Network. 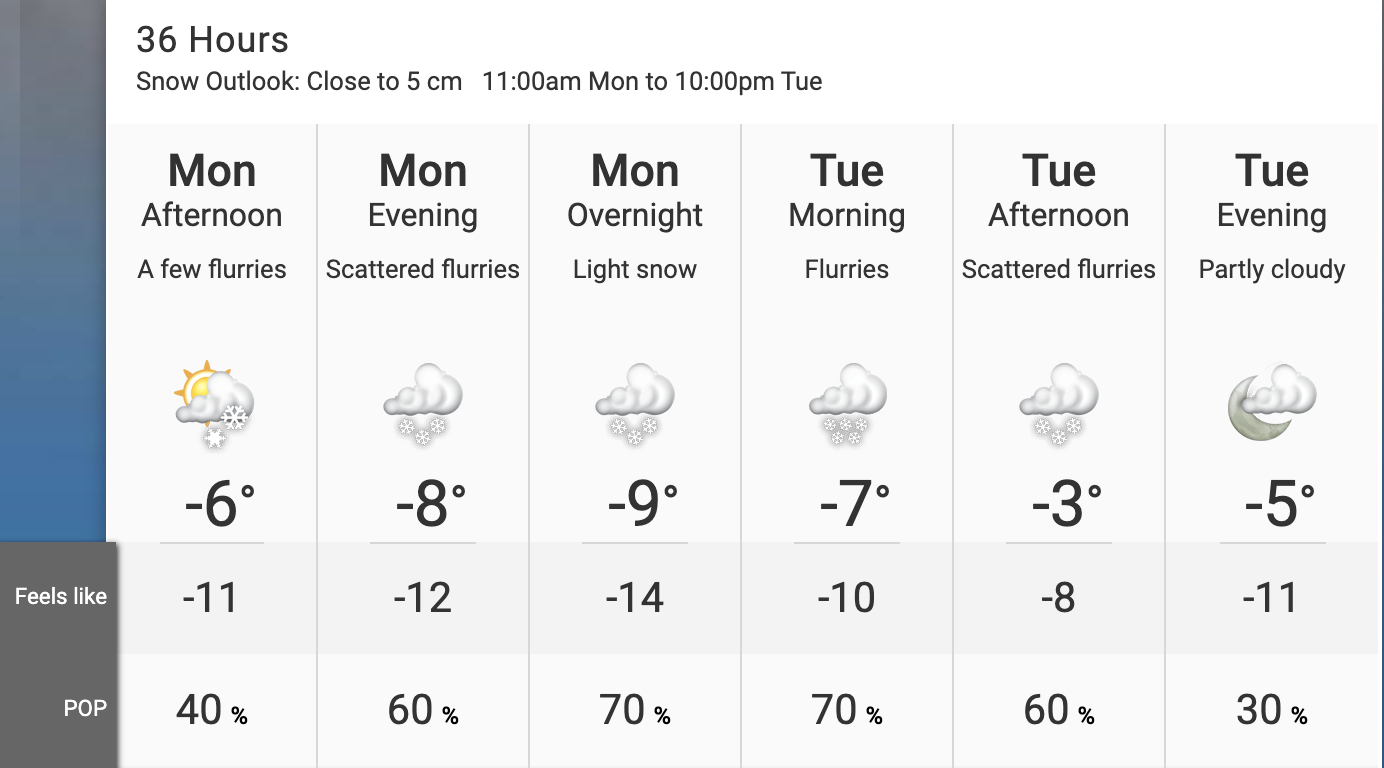 For the most part, temperatures in Niagara Falls, according to The Weather Network, are expected to remain under -10°C for Monday afternoon, feeling like -11°C. As the day progresses, so do temperatures, getting colder and colder up until Tuesday afternoon where it’ll feel like -8°C.

For the next few days, temperatures are expected to continue on a downward trail, reaching temperatures as cold as -18°C on Valentine’s Day.

As for The Falls, according to Niagara Parks, the only time that water flow truly stopped was back in March of 1848 when millions of tons of ice lodged the river and blocked the channel completely.

The blockage lasted for 30 hours, and local residents walked or rode horses over the exposed basin.

“The self-made dam held the water back until a shift allowed the pent-up weight of water to break through. The annual installation of the ice boom has prevented this from happening since that time,” said Niagara Parks.