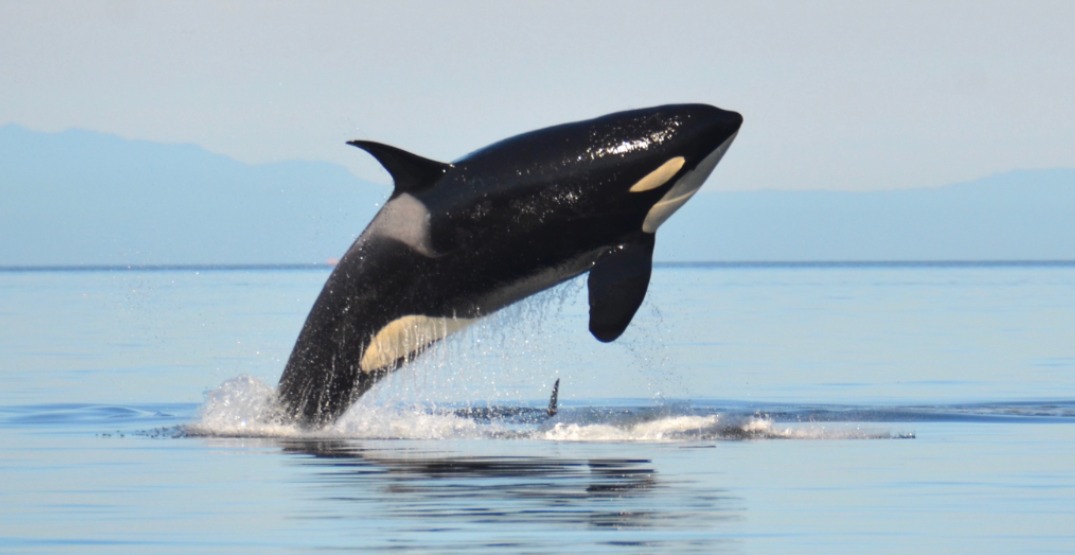 The new rules came out after a great whale-watching year for orca sightings in BC.

Late Saturday, roughly 40 Bigg’s killer whales assembled in the Strait of Georgia, making one of the largest *single* groups of Bigg’s ever encountered in the Salish Sea. Here are a few photos from their high-energy happy hour taken by naturalist April Ryan of @sjiwhalewatch. pic.twitter.com/a8Q2gnrgt2

But it will still take a collective Canadian effort to make things better for the orcas, according to a government statement that says “compliance with management measures depends on public awareness.”

Here’s what needs to be done to keep the Southern Resident Killer Whales healthy and happy.

Fisheries and Oceans Canada introduced fishing restrictions in key foraging areas within the orcas’ critical habitat to make sure they have enough to eat, along with voluntary measures that will reduce competition between fish harvesters and killer whales.

“This will still provide opportunities for non-salmon-related recreational and commercial fisheries, and for food, social, and ceremonial harvest, as well as Indigenous domestic treaty fishing access,” says a statement from the Government of Canada.

Learn more about the actions we are taking, along with partners @FishOceansCAN @environmentca, to protect the Southern Resident killer whale population on Canada’s West Coast #SRKW #Whales: https://t.co/TtSKfSTRJ9

Recreational and commercial salmon fisheries in Swiftsure Bank and the Strait of Juan de Luca will need to close in Southern Resident killer whale key foraging areas. Closure dates will be finalized in June.

There will also be fishing closures for recreational and commercial salmon at the mouth of the Fraser River.

As soon as a Southern Resident killer whale is spotted around the Southern Gulf Islands, fisheries will need to close there too — and stay that way until the end of October. Monitoring of the area begins May 5.

Fishers are being encouraged to stop hauling in gear when whales are within 1,000 metres.

The Department of Fisheries and Oceans is also planning to release 1,000,000 Chilliwack River Chinook Hatchery salmon “to support the availability of prey within the habitat of Southern Resident killer whales.”

The new rules also protect whales against unpleasant sounds that might drive them away from their natural habitat.

As a result, for the fourth year in a row, Transport Canada is implementing measures for vessel operators to reduce acoustic and physical disturbances under the sea.

Year-round, boats need to stay at least 400 metres away from all killer whales in southern British Columbia coastal waters between Campbell River to just north of Ucluelet.

Whale watching and ecotourism companies can watch orcas — aside from Southern Resident killer whales specifically — from 200 metres if they get the go-ahead from the Minister of Transport.

All vessels are asked to safely turn off fish finders and echo sounders, put their engine in neutral, and let animals pass if they get within 400 metres of a killer whale.

Within 1,000 metres of killer whales, they should reduce their speed to under seven knots.

There are also two new “Seasonal Slowdown Areas” being piloted near Swiftsure Bank, where boaters need to go slower than 10 knots between June 1 and November 30.

There are exemptions in place for vessels in distress or danger, government or law enforcement on official business, sailing vessels not propelled by machinery, and more listed in the government’s statement.

The British Columbia Coast Pilots is a proud advisor to the Enhancing Cetacean Habitat and Observation (ECHO) Program, a regional collaborative initiative led by the Vancouver Fraser Port Authority to reduce the impacts of commercial shipping on at-risk whales in our region. pic.twitter.com/8E9nIIhBD2

The Enhancing Cetacean Habitat and Observation (ECHO) Program from the Vancouver Fraser Port Authority is running for its sixth year in a row, too. It works to reduce underwater noise in parts of the Salish Sea critical to the Southern Resident Killer Whale.

“While in effect last year, these initiatives reduced underwater sound intensity by up to 55% in key foraging areas within Southern Resident killer whale critical habitat,” says the government’s statement.

There are three voluntary initiatives in place through ECHO that encourage ships to slow down or stay distanced in the whales’ critical habitats. You can learn more about ECHO programs on its website.

Since the whales need some refuge from human activity, the government announced more interim sanctuary zones for them as well.

“The location of these zones is based on scientific and Indigenous knowledge of historically important foraging areas for Southern Resident killer whales,” the statement says.

No vessel traffic or fishing is allowed in interim sanctuary zones off the southwest coast of South Pender Island and the southeast end of Saturna Island between June 1 and November 30.

“Exceptions will be allowed for emergency situations and vessels engaged in Indigenous food, social, and ceremonial fisheries,” the statement says.

Additionally, a 20-metre corridor next to shore will allow kayakers and other paddlers to transit through these zones. If a killer whale is in the sanctuary at the time, paddlers must stay at least 400 metres away.

Cleaning up the water

A working group created by the federal government identified key contaminants for whales and recommended 59 environmental quality guidelines to protect them.

— Center for Biological Diversity (@CenterForBioDiv) May 1, 2022

Additionally, Canada put out a Pollutants Affecting Whales and their Prey Inventory Tool, which maps estimates of pollutant releases in relevant habitats.

“This tool is public and will help model the impacts of additional mitigation measures and controls,” says the government’s statement.

The federal government plans to implement more regulations and guidelines to reduce the threat of contaminants in addition to conducting research and sharing its findings.

These are just a few ways to help our killer whales. They may only be a drop in the ocean when it comes to making change, but they still have the power to support local whale populations in a big way.

To learn more, check out the Department of Fisheries and Oceans’ website.