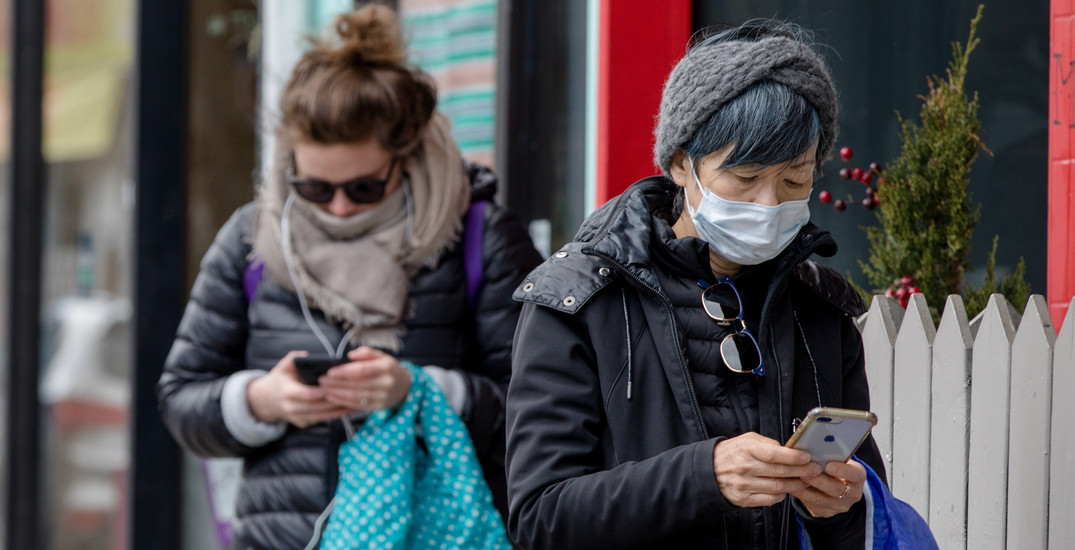 Over the last month, Canada has made “good progress” in slowing the growth of COVID-19.

According to the data, disease activity is declining nationally, while severity trends, such as hospitalizations and deaths, have begun to decrease in some parts of the country as well. Some western provinces continue to see “elevated” case rates in their hospitals, though.

“However, the latest surveillance data suggests that the rate of decline has slowed somewhat,” Tam said.

“So it’s not unexpected that we could see some bumps in the trajectory [of the pandemic] during the months ahead.”

Average daily case counts have been decreasing since early October, and they are now “about halfway down” from the peak of the fourth wave, Tam noted.

Nationally, cases are now highest in children under the age of 12, a group that remains unvaccinated.

Canada’s longer-range forecast, which shows how the pandemic could evolve through early December, suggests that cases could remain in a decline if vaccination rates increase and public health measures are maintained.

In such a scenario, Canada would see roughly 1,000 new cases per day next month. If transmission increases by 15%, though, the data predicts 3,000 daily cases by December.

Alternatively, if transmission decreases by 15%, Canada is on track to see about 500 new cases per day by early next month.

“Although we are cautiously optimistic about our longer-range trajectory, it is still too soon to fully ease public health measures,” Tam said.

“Now is not the time to let our guard down. We may still be in for a challenging winter. Maintaining a cautious approach can help keep us safer as we move indoors with the arrival of colder weather.”

The short-term forecast predicts that Canada could see up to 1,757,170 cumulative COVID-19 cases and 29,620 cumulative deaths by November 14. 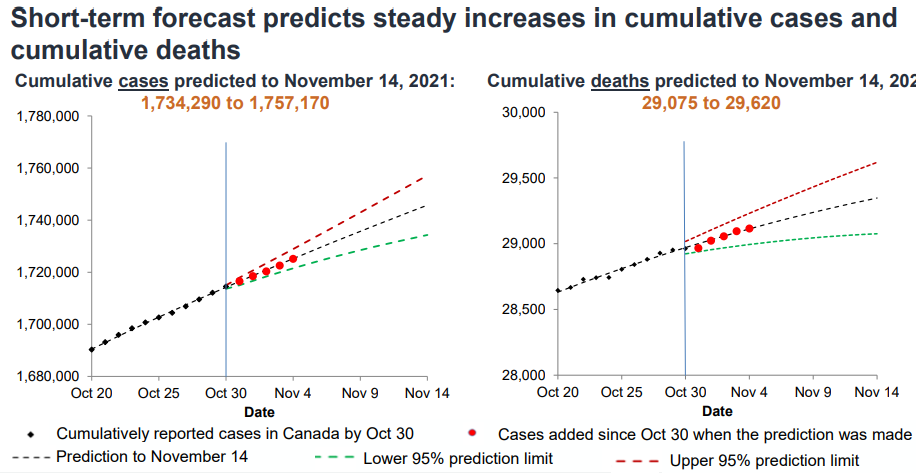 The winter months may bring some “additional challenges” as other respiratory infections make a comeback, Tam noted.

When asked whether the pandemic could be over by January—something a US official has said he believes is possible for the states—Tam said Canada “still has a ways to go.”

“We may be in for a bit of a bumpy ride all the way through the winter season in Canada,” Tam said. “This virus has proven time and time again that it can undergo evolution.”

“I don’t think we’re out of the woods. I think we should look probably towards the spring when we will be in a better position.”