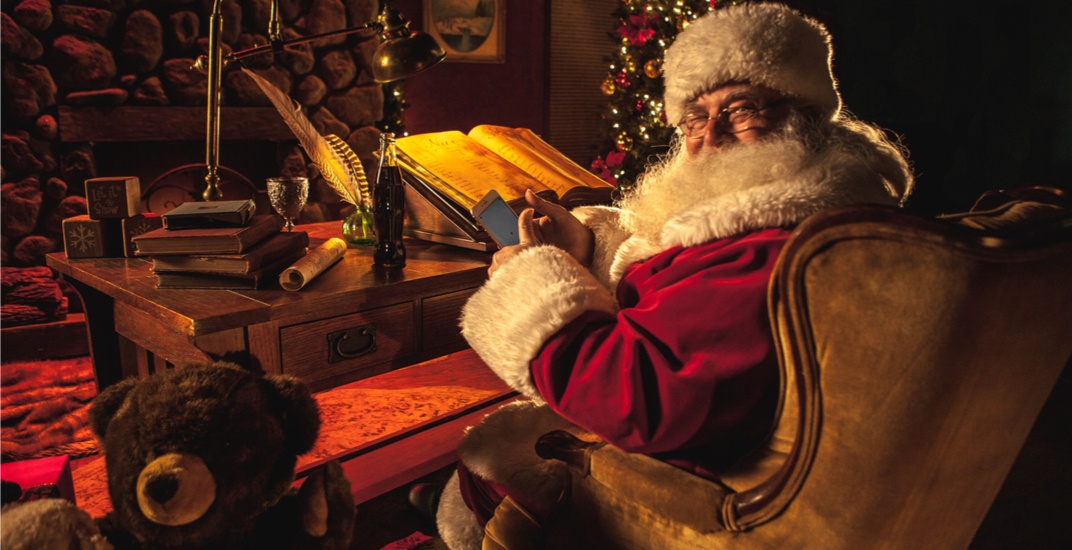 It’s almost time for Santa Claus to begin his round-the-world flight to deliver presents to millions of children and Canada’s transport minister has cleared the big man in red for take-off.

Transport Canada said Marc Garneau, Minister of Transport, officially cleared Santa for take-off after inspecting the sleigh and validating his pilot’s license before he takes off on Christmas Eve.

“I am delighted to clear Santa for flight in Canadian airspace to take to the skies safely this Christmas Eve,” said Garneau in a statement.

Santa was reminded of the importance of being well-rested before flying, and to do detailed pre-flight checks that include looking for ice buildup on the sleigh and reindeer, and reminded not to be distracted by eating too many Christmas cookies.

And now that Santa has passed his medical and flight tests, he is once again ready to take to the skies.

According to the federal government, Santa’s team of engineer elves has been working with Transport Canada on an innovative new project, and this year, Santa’s sleigh features new driver assistance technology which will make travelling across the world even safer.

Transport Canada said it’s been partnering with experts from government, organizations, industry, and academia on this technology as well as additional safe driving innovations such as connected and automated vehicles, and zero-emission vehicles.

During this holiday season, Minister Garneau and Santa Claus are also reminding drivers of the need to be alert, well-rested, and not impaired by alcohol or drugs, including cannabis.

“I want to remind Santa and all Canadians to drive safely in our Canadian winter conditions. I wish everyone safe and happy travels this holiday season,” said Garneau.