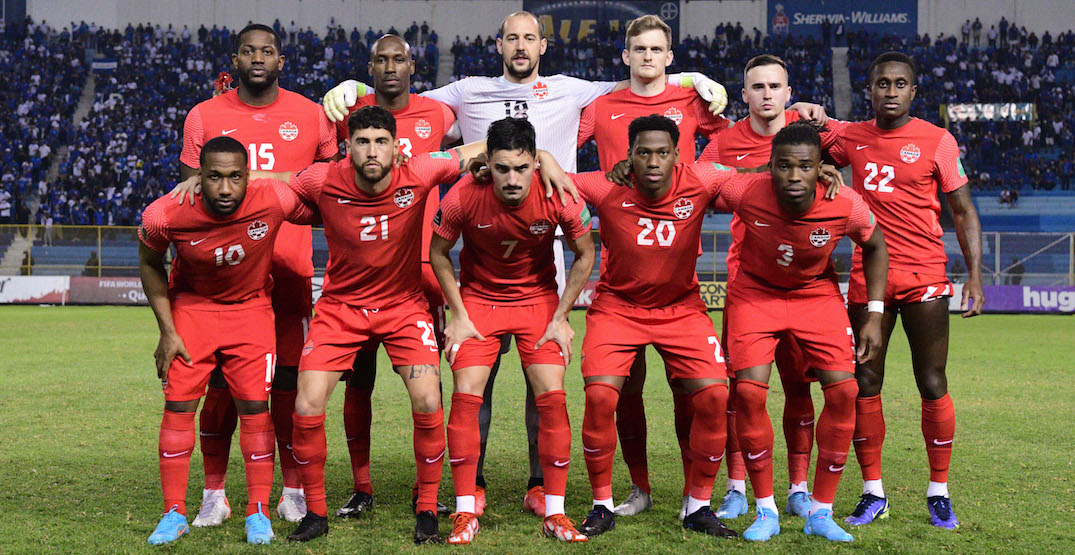 Canada can book their ticket to Qatar tonight.

A win in Costa Rica by the Canadian men’s national soccer team will clinch a spot in the FIFA World Cup for just the second time in our country’s history. You can catch the match on Sportsnet or OneSoccer at 10 pm ET/7 pm PT.

A win would guarantee a spot in the biggest tournament in the world for Canada for the first time since 1986. The Canadians are the only undefeated team left in CONCACAF qualifying, with seven wins and four draws in 11 matches, which puts them ahead of USA, Mexico, Panama, and Costa Rica.

The top three teams in CONCACAF will qualify for the World Cup. The fourth-place country could also qualify following an intercontinental playoff.

Canada is in first place in CONCACAF heading into the final World Cup qualifying window (MLSSoccer.com)

The match won’t be an easy one. Currently in fifth place, this is a huge match for Costa Rica, as they’re just one point back of Panama for fourth. Canada will also once again be without their best player, Alphonso Davies.

Not only has Canada not been to the World Cup since 1986, they haven’t even come close to qualifying since 1993. It must be hard for players and coaches not to look too far ahead, but head coach John Herdman insists they’re staying in the moment.

Canada could still qualify for the World Cup tonight with a draw, combined with Panama not winning their match against Honduras.

Another scenario that would allow Canada to book their ticket to Qatar involves a draw in Costa Rica combined with a draw or loss by USA in Mexico.

The last clinching scenario involves Canada losing in Costa Rica, combined with a loss or draw by Panama, and a loss by USA.

Herdman would prefer Canada just win, which would avoid all that math.

“I think every man knows what’s in front of them,” he said. “They’re in the front row seat. Their hands are on the steering wheel. They can do this. And they can actually do more than just qualify. And that’s the exciting bit. And I think that’s the real motivator.”

Canada has three matches left in World Cup qualifying, and each one of them carries importance. The more wins they rack up, the better their world ranking will be, which improves their odds of getting a favourable draw for the World Cup, should they qualify as expected.