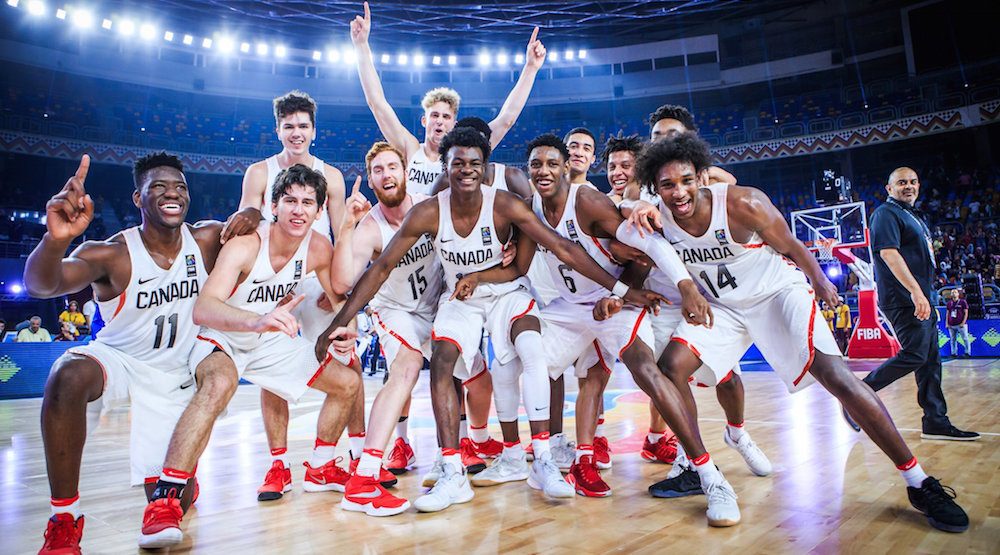 Canada is becoming a world power in the sport of basketball.

The sport which was invented by a Canadian, has been a game our country has participated in for a long time, but never excelled at.

Canada hasn’t qualified for the Olympics in men’s basketball since 2000. That was 12 years after the previous appearance in 1988. We’ve never won an Olympic medal, finishing fourth on two occasions (as hosts in 1976 in Montreal, and in the Soviet-boycotted Games in 1984 in Los Angeles).

For years at the NBA level, Canada had just a short list of players, and most of them were role players. That changed somewhat in the early 2000s, as Steve Nash developed into a perennial All-Star, while Jamaal Magloire was an NBA All-Star in 2004. Still, the list was short.

But times are changing.

Steve Nash won back-to-back NBA MVP Awards more than 10 years ago. The Toronto Raptors have been around for more than 20 years. Vince Carter won the slam dunk contest 17 years ago.

These are the kinds of things that inspire a generation, and we’re starting to see the fruits of that labour.

Nash is now the general manager of the men’s national team, and a wonderful ambassador for the program.

“(Carter) means a whole lot to Canada Basketball,” said Cory Joseph, an NBA point guard from Pickering, Ontario who was undoubtedly inspired by Vinsanity. “He was very iconic here.”

The Raptors effect appeared to be at play for Canada’s U19 men’s basketball team that came home with our country’s first gold medal in any FIBA or Olympic basketball event last week, dominating Italy 79-60 in the final.

Eight of the team’s 12 players came from Ontario, including all five starters.

The U19 tournament also included a groundbreaking upset win over Team USA, 99-87 in the semi-final.

Mississauga’s R.J. Barrett led the way, proving why he is the most highly touted player for his age group and could be the first overall draft pick in the 2019 NBA Draft.

“It was a very historic game,” Barrett said of the gold medal victory for Italy. “Now we have our whole country behind us.”

I did say four years that Toronto had better HS basketball than NYC, Philly, Detroit, etc. I'll stick by that.

The best news? Barrett isn’t going to be the only one making the jump from Canada to the NBA.

Along with Barrett, Abu Kigab was named a tournament All-Star. Other Canadian U19 players will likely one day suit up in the NBA, adding to an ever-increasing talent pool. Outside of the United States, Canada contributed the most NBA players (11) last season, with eight of the 11 being 26 years old or younger.

There is an abundance of young Canadian prospects that have been drafted into the NBA over the past seven years:

Prior to that run, just three Canadians were selected in the draft from 2001 to 2010.

Canada has made major strides, and the U19 gold medal is just another sign of things to come.

Canada could and should qualify for the 2020 Summer Olympics in Tokyo, and while that would already be a huge step forward, they could also make some noise once they’re there. Canada could join USA as the only countries to have rosters made up entirely of NBA players, and that could include U19 stars Barrett and Kigab.

If all goes to plan, Canada could be the biggest threat to the United States in international basketball for years to come.