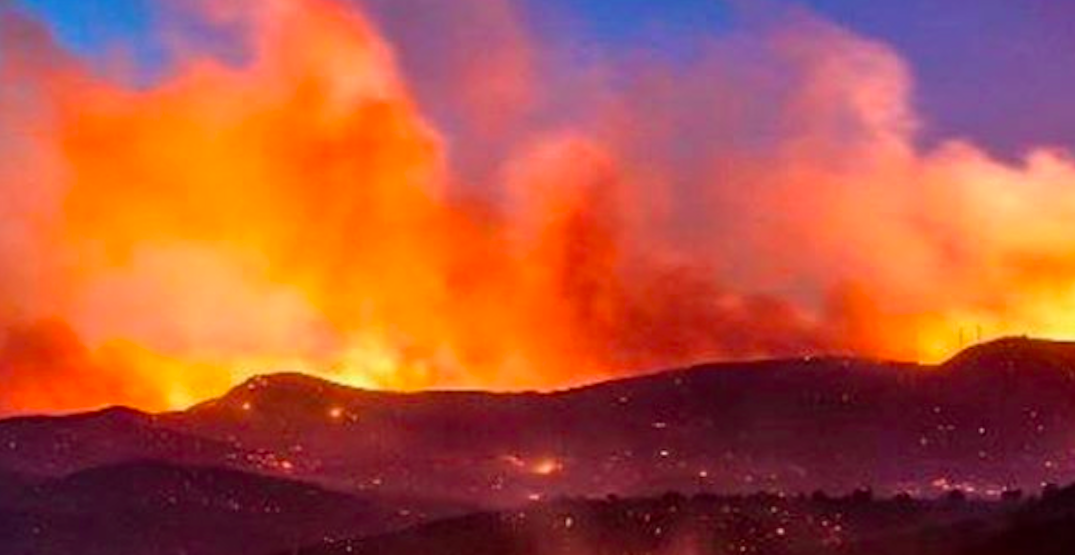 With wildfires in California continuing to lay waste to large areas of land, resulting in thousands of evacuations and widespread destruction, smoke from those fires has been detected in the atmosphere in BC.

But according to Environment Canada, there is no cause for alarm on this side of the border.

“The wildfire smoke from California did indeed blow offshore and then up the western seaboard over the past few days,” said Matt Macdonald, a meteorologist with Environment Canada. “The smoke has however remained high in the atmosphere.”

This, said MacDonald, “means that no there have been no recent spikes in particulate matter being observed or reported by any of the air quality monitoring stations.”

In fact, the only evidence of the smoke over the past two days was a “slight haze” in the sky.

MacDonald says there is no risk of wildfire smoke affecting residents of BC. “Furthermore, the atmospheric flow switched from a southerly direction to a westerly one today which will persist throughout the remainder of week.”

That westerly flow will bring “cleaner air” from the Pacific, while smoke from the California wildfires will be northeast from that state “to downwind states including Nevada and southern Idaho,” he added.

At least 44 people have died in the Camp Fire and Malibu-area fires.