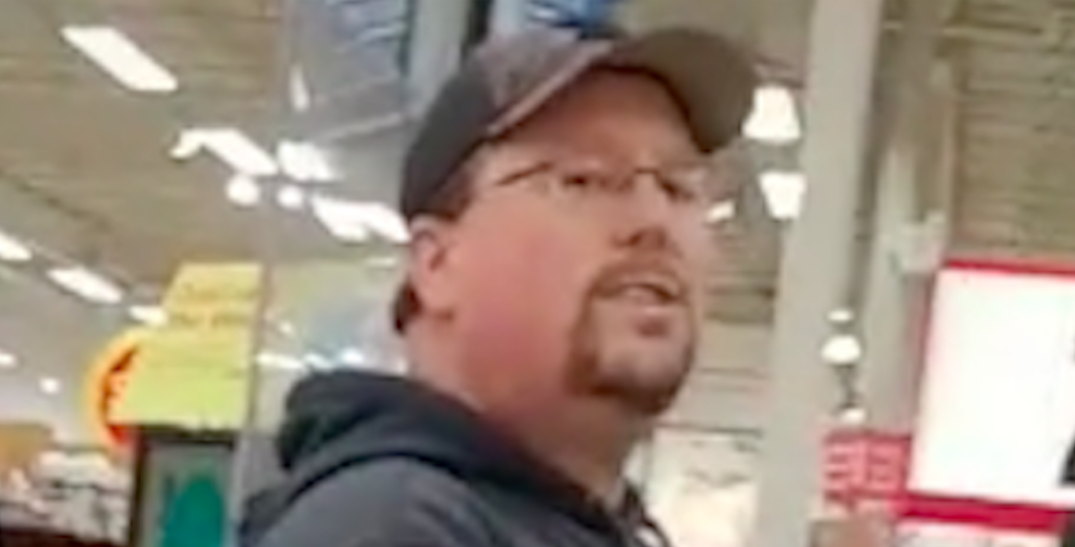 A recent trip to a Superstore location in Langley, BC, left a woman “shaking” after she defended a healthcare worker who was being harassed by an anti-masker.

In a video uploaded to TikTok, the woman filming can be heard interacting with a maskless man in the checkout lineup who was allegedly spouting vaccine misinformation and telling the healthcare worker in the lineup that the COVID-19 vaccine is dangerous.

The man notices he is being filmed and asks, “Are you a Nazi? Are you in charge of monitoring who is having a discussion with who?”

The woman is heard telling the man that she is videotaping because she doesn’t feel the healthcare worker is safe in the situation.

“You’d make a good Bolshevik. You should get a brown shirt on,” the man replies. “What a nut job.”

The man then says he suspects the woman who’s filming him doesn’t like what he’s saying and calls her mentally ill.

“Look what we’ve created,” he adds. “People believe the propaganda.”

As the man continues talking, the healthcare worker proceeds to bag her groceries and can be heard thanking the woman who filmed the video.

The woman filming stays to ensure the healthcare worker can leave the store safely.

In BC, masks are mandatory inside all public spaces – including grocery stores.

Langley RCMP told Daily Hive police are aware of the video and are investigating.

Daily Hive has also reached out to the woman who took the video for further comment.