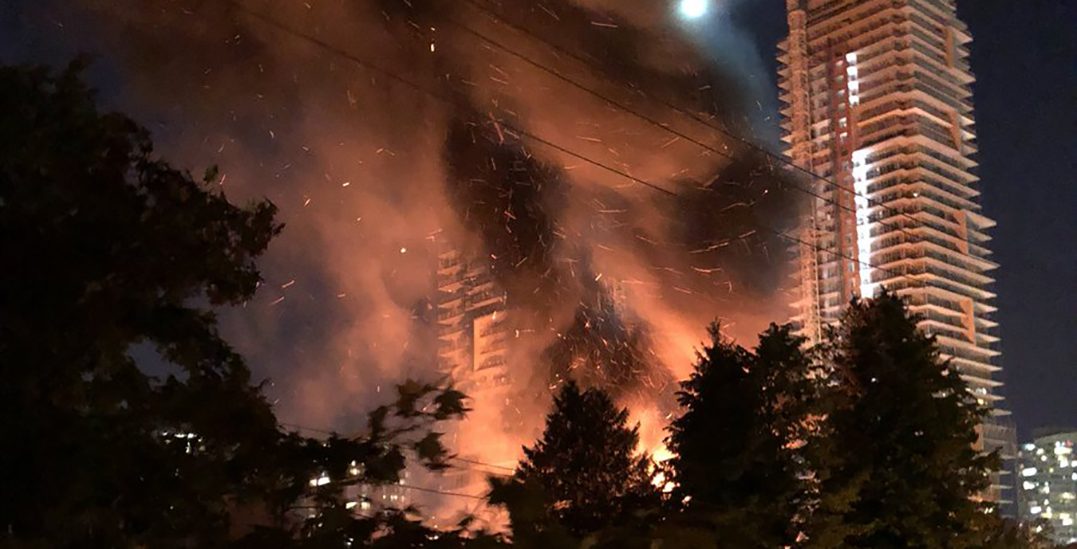 Fire crews in Burnaby spent most of yesterday night fighting a two-alarm blaze that burnt up a building near Metrotown.

The initial call came just before 9 pm, dispatching firefighters to a house on 6434 McKay Avenue, a residence less than 400 metres away from the Skytrain station and bus loop of Metrotown mall. 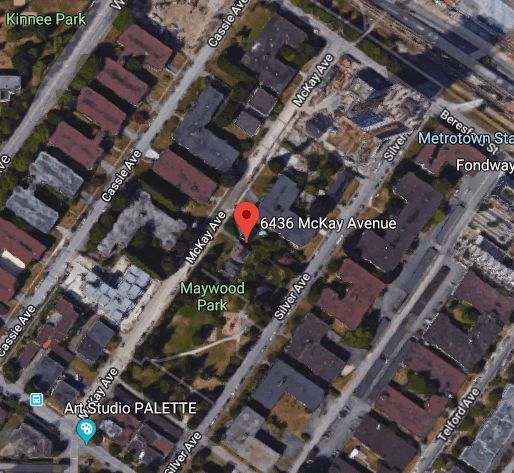 Assistant Fire Chief Dave Younger explains that crews found flames coming out of a single home that had a construction fence around it – they quickly learned that the unit was slated for demolition.

A second alarm was quickly sounded, which brought a total of nine apparatus and 30 firefighters to the scene.

View from my place pic.twitter.com/jmcFG8qUuN

The team decided to take a defensive approach towards tackling the blaze, meaning that all of the work was done from the outside and no firefighters entered the building.

“There’s an increased risk when fighting a fire in an abandoned building,” Younger explains. “There’s no way to know if any walls have been knocked down or how the structure inside the building has been changed or tampered with.”

Fire crews doing an amazing job, fire coming under control..hopefully no one is injured pic.twitter.com/U2gcMshnGL

The initial fire was put out just before midnight and fortunately, there were no injuries to firefighters or civilians.

A single crew and an apparatus remained on site overnight just in case of a re-ignition and RCMP, BCAA, and BC Hydro were on scene earlier this morning.

The cause of the fire still remains under investigation.