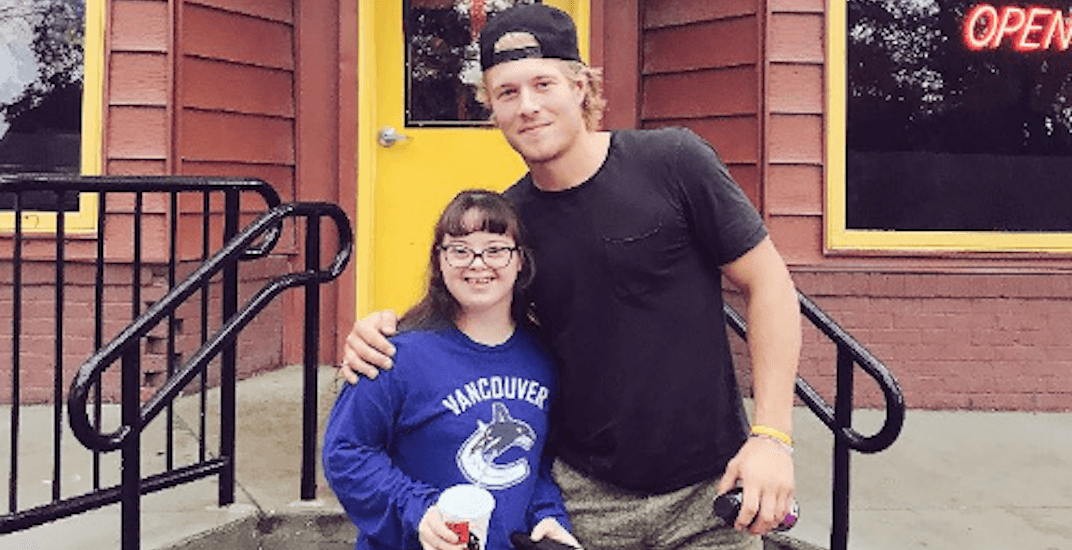 Brock Boeser became a fan favourite in Vancouver before he played his first NHL game.

Baylee Bjorge was a high school senior in Grand Forks, North Dakota in the spring of 2016 when she asked Boeser to prom on social media. It was a long shot, but Bjorge, who has Down syndrome, had her social media accounts shut down by her mother before Boeser had the chance to respond.

Boeser went out of his way to contact the high school student, who was vacationing in Florida at the time, and indeed went to prom as Baylee’s date.

But the story doesn’t end there.

Since moving on to star for the Vancouver Canucks, Boeser hasn’t forgotten about his superfan back in North Dakota. Not long after making his NHL debut at the tail-end of the 2016-17 season, Boeser sent Baylee one of his Canucks jerseys, with the promise to sign it for her next time they saw each other.

The video posted to social media by her mother will warm your heart.

Boeser was back in Grand Forks again recently, appearing to spend time with Baylee at a restaurant and at the arena. 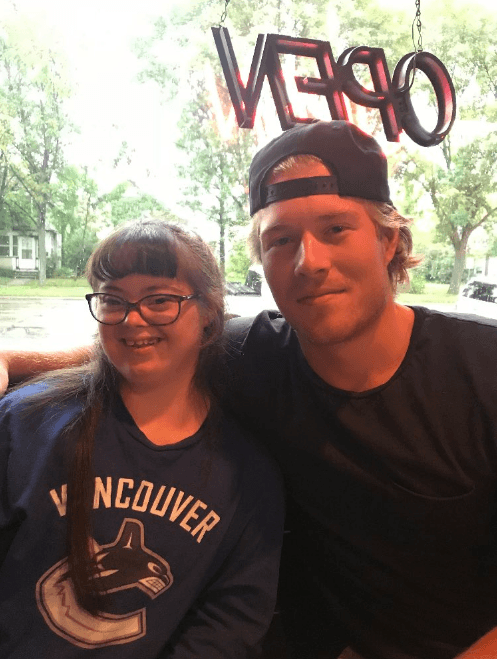 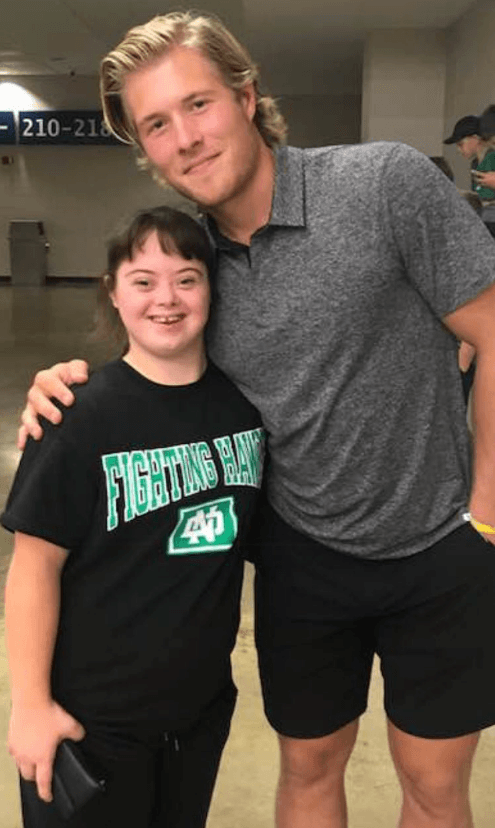 “Best date today and yesterday I have fun with him,” Baylee captioned the photos she shared on social media.

You’d have to have a heart of stone (or perhaps pure evil?) not to be touched by this. Unfortunately, those people do exist on the internet.

“Yuck he would never go out with you for real,” some idiot replied to Baylee in a tweet. “Probably a pity date.”

Boeser, who is mild-mannered and doesn’t speak out very often on social media, fired back.

Baylee has a heart of gold and is loved by everyone that knows her. People like this guy make me sick. pic.twitter.com/P9zzLmt8Mq

“Baylee has a heart of gold and is loved by everyone that knows her,” Boeser wrote. “People like this guy make me sick.”

Baylee’s not the only one with a heart of gold. Not only has Boeser gone out of his way to make Baylee’s day on multiple occasions, he’s done it each time without fanfare or personal promotion.

What will restore your faith in humanity was that the internet troll, whose account has since been suspended by Twitter, was in the minority.

Like Boeser, Baylee now has a lot of fans.

i think @baylee_bjorge needs to see a game live in vancity (if she hasn't already) @BBoeser16 …. shes becoming a bit of a local celebrity!!!

i think @baylee_bjorge needs to see a game live in vancity (if she hasn't already) @BBoeser16 …. shes becoming a bit of a local celebrity!!!

A friendship forever. Brock is a very lucky man

This is amazing ! You’re beautiful and I love the friendship you and B.B. have ! 👍🏼💙🏒