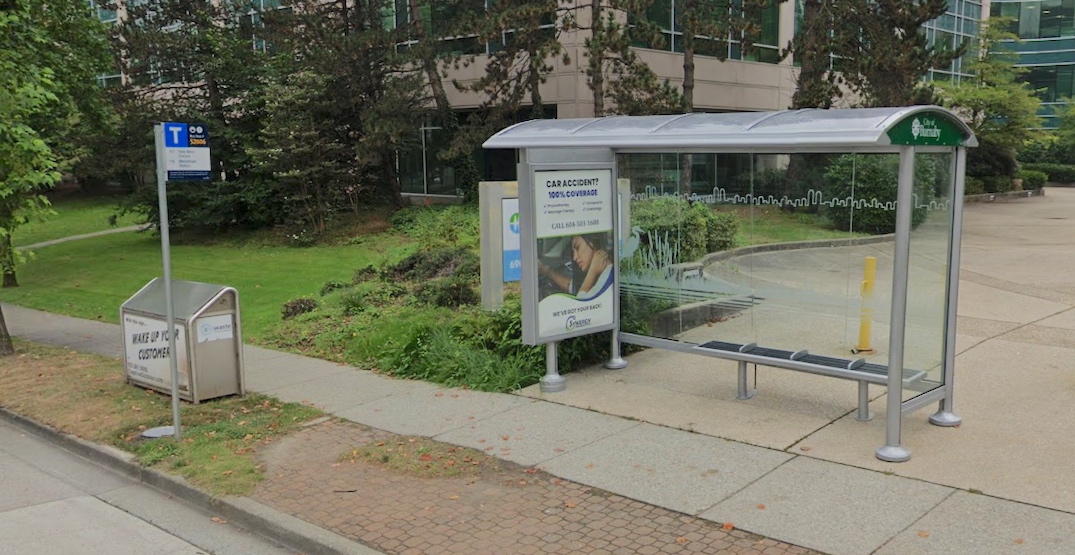 Outfitting a shelter at every TransLink bus stop within Burnaby that does not already have one would be a highly expensive proposition, according to a municipal government analysis.

A new City of Burnaby staff report brings insight into the state of bus shelters in the city, after the municipality’s Public Safety Committee recently raised some concerns over the level and nature of safety enhancements at each stop, such as lighting, benches, and shelters.

Currently, there are 968 bus stops within Burnaby, with 231 featuring shelter structures and the remaining 737 with only a bench or no enhancements. This means 76% of bus stops do not have shelters.

But Burnaby is not alone, as most municipalities in the region have not installed a shelter for the vast majority of their bus stops.

To install a shelter with nighttime lighting at the 737 bus stops without any overhead protection, it would cost about $22 million, based on the approximate $30,000 cost to design, fabricate, and install each unit. Given the cost, there are no plans to carry out these installations as a single large project.

Across Metro Vancouver, the installation and maintenance costs of all shelters at TransLink bus stops are the responsibility of the municipal government in each jurisdiction. There is no regional standardization, as each municipality bearing the responsibility for street furniture has established their own unique design.

City staff state there is a municipal program to install shelters annually, which incrementally increases the number of bus stops with shelters. Ridership volume is the key factor for determining which bus stops are prioritized for shelters, with the city installing shelters at locations where the average passenger boardings are near 100 per day.

“The installation priorities are based on the number of passengers boarding at each bus stop to ensure the shelters installed provide a benefit to as many people as possible,” reads the city staff report.

“The Engineering department is responsible for the bus stop enhancement program using an assessment process to determine the level of enhancement as well as is appropriate replacement schedule for infrastructure at the bus stops.”

Earlier this month, the provincial and federal governments each announced $1.9 million in funding to help cover BC Transit’s $5-million accelerated bus shelter program of installing 150 new and refitted shelters across the province outside Metro Vancouver.

BC Transit shelter designs are standardized, with the public transit authority working closely with municipal governments on their bus shelter needs within their jurisdiction. Municipal governments are provided with a bus stop furniture catalogue to choose and buy from.

While TransLink is not responsible for shelters, it is implementing new accessibility improvements to bus stops. It is spending $7 million to install new tactile walking surface indicators, and adding braille and tactile signs onto all 8,500 bus stop posts across the region. The new body-level signs will include details such as “STOP” or “BAY #” identifier, stop ID number, bus route number, and the customer service telephone number.